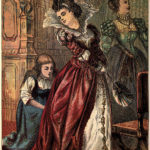 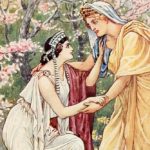 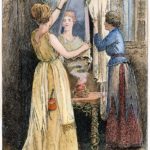 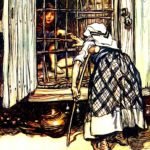 In this, our second* “Mother Figures” folio, we feature “Storied Mothers.”

Once upon a time, traditional stories, myths, and fairy tales were dangerous places for mothers. Mothers were either sainted, but doomed, or evil incarnations, warped anti-mothers to escape from or to vanquish. Either way, they’re not often main characters, but accessories to their children. Either way, they often disappear, victim of a thesis that the mother must be eliminated for the child to self-actualize. Here, poets interrogate and reframe some old tales to center the mother and give her an alternative reading and voice.