Long before Reuters and BBC reporters signed off from it,
Lviv, Ukraine was my hometown, I knew it
by another name—Lvov, Ukrainian Republic, USSR
is, like anyone’s childhood, I suppose,

a dot on the map of time that no longer exists.
None of us can ever go back to our soul’s point of entry into this world…

Lviv is/was Ukrainian/Soviet/Russian/Polish/Slavic/Austro-Hungarian territory and all of them hated the Jews more or less equally…
You see how tugging one tongue can unspool the entire tapestry?

Lvov is the name of my birth city in Russian, which
was my Mother Tongue. My Father’s first language was Yiddish,
but that is also not-the-whole-story, simply another forbidden melody,
a compromise of German and Hebrew, of heart and geography, a plundered treasure reaching its golden roots all the way to Aramaic grains of sand

Ancient alphabets, some mystics believe, house the true name of God once known, a word to unlock understanding—if only
we could speak it, placing the right accent on the right syllable

Naming God is an ambition I do not share

I am only trying to unpack one girlhood’s worth of beginning—
Each language a nesting doll, carrying inside itself all the recipes and ingredients of a people, their poetry and their death certificates, their libraries, songs and kill orders,
health records, love letters, addresses we can’t return to
and none of it is enough, I am still looking
to find the word for where I come from

Even though the news reports mention it hourly—Lviv, Ukraine, war, refugee, near-constant bombardment, bravery, devastation— one thing always means so many other things and nothing
has just one name to answer to, just one life to answer for 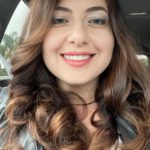 Ukrainian-born, Russian-speaking Jew, Jane (Yevgenia!) Muschenetz was granted asylum as a refugee to the US at 10 years old. Today, she is a fully-grown MIT nerd, mother, artist, and emerging writer. Connect with Jane’s work at her website, PalmFrondZoo.com, and various publications, including San Diego Poetry Annual, Meat for Tea, Lucky Jefferson, and others