Flip sides of the same coin. Yin and yang. Point, counterpoint. Sisters. Besides their diminutive frames, their oversized intellects, having mothered four children each, they had little in common.

Picture my mother. Movie star gorgeous in her prime: soft, permed brunette curls framing her face, shirtwaist dresses that highlighted her slim waist. Petite: Five-foot-two, eyes-of-blue, she’d remind us in rare moments of levity, parroting lyrics from the popular 1920s song. Sophisticated: in tight control of her emotions, her words, her actions. Reserved: many topics off-limits for discussion, such as sharing feelings, insecurities, problems, fears—both ours and hers. A stay-at-home 1950s mother and housewife who graduated from college, then spent nearly 60 years doing what she was supposed to do — mostly, my father’s bidding — and not what she longed to do: study archaeology, Egyptology; execute complicated coin appraisals; dig for arrowheads, pan for gold, play the piano, hunt for treasures with her beloved metal detector.

Eventually, she managed to carve out small spaces from her life to enjoy fleeting moments with these interests, but that was later in life, much later. After the ink was dry on my high school diploma. After my older brothers had graduated from college. After she’d been married more than a quarter of a century.

These passions were like coveted treasures high up on a shelf she could barely reach. Lovers she pined for. Years of resentment and bitterness built up, escaping from her perfect façade like steam from a boiling tea kettle, poisoning interactions with those closest to her. She was an actress playing a role, reciting lines written by someone else, preaching the gospel of the patriarchy, the sanctity of being a housewife.

My aunt, the reverse side of the coin, began wearing coke-bottle glasses at the age of three; was never a classic beauty. But her enthusiasm and curiosity lit a special glow within her, brightening a room with her presence. She was interesting, brilliant, funny, casual, outspoken, easy to talk to, a great listener with an infectious laugh. Her talents spanned the traditional and nontraditional. She remodeled her Rye, New York home almost singlehandedly, somehow wielding a crowbar and tearing down walls despite her size. She defied the norms of the era, and those of her — and my mother’s — family, enjoying a rewarding career in teaching. As an accomplished artist, linguist, and traveler, early in her marriage she immersed herself in the language and culture of Brazil when her husband’s career took the family there for several years, not sitting on the sidelines like other wives in her situation. Years later she spent six months in Northern Portugal with my uncle to improve her Portuguese. She spoke her mind and stood her ground, even when people disagreed with her, but she was never unpleasant about it.

Different women. Different choices. Different lives. But, for me, one represented an alternate lens to view the world and my place in it. 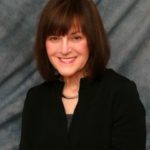