As an old mother, I better get started with this.
Sometimes I say, ok I managed to live until
you are 25, could be worse. I really can’t promise
you won’t get tired, I certainly did, despite
the walk along the bay where coots and gulls
floated on small whitecaps, breasts facing
the winds, while the sun broke through summer fog,
and the smoke, thank god, stayed high in the sky
until its only effect was to cool the day;
but back to blessings, the mother’s blessing,
and I am a mother so I should have prepared
a blessing. I did say one at your bat mitzvah,
not in praise of your gifts, but in praise of family
(attenuated though it is) and community
which filled in many of those spaces.
One blessing is that you will be able to climb
down to the tidepools, and watch barnacles,
and little crabs, and maybe anemones
living their ocean lives. Another is that love
remains in your life, in the form of B
and all the possible friends who fill your world.

So Many Late Afternoons, at the Playground

During my child’s first year, I was full of advice,
at least that’s what I recall. Apple blossoms seem too pale
when they finish opening after the initial blush.
My mother asserted, I was a good mother.
I can’t evaluate my own performance.
As she grew very old, I agreed
she had done her best. I have the photo
of her at sixteen in a sweater my grandmother knit
I know that sweater was red even though
the photo is black and white.

The cat sleeps without concerning herself
with more than the availability of a soft blanket.
In childhood, I sympathized with my mother.
Afterwards, the opposite,
I wanted to hold her to account,
and I kept looking for documentation.
My grandfather shot half a roll of film during a bad year.
What fucking good did it do for me to be so critical?

Today a 25th birthday dinner for my daughter’s girlfriend –
I ordered a beautiful cake and need to pick them up soon.
Why did I think my advice would do anyone any good?
It never did help my mother, and sliding through
the day-to-day does not guarantee expertise.
You did your best, I reassured her,
Remember when we went to Atlantic City
and sat on the beach? I need to prune the apple tree
so it will bear up under the weight of the ripe fruit.

The Geometry of Distraction 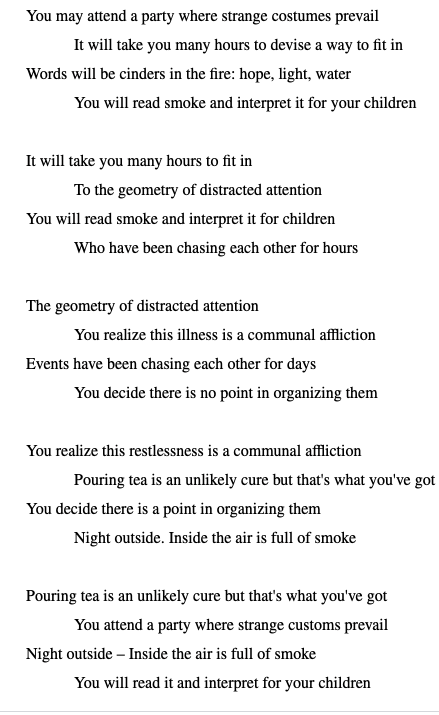 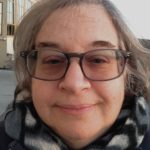 Carol Dorf’s poetry has appeared in three chapbooks, and in publications that include Unlikely Stories, Great Weather For Media, About Place, Slipstream, Mom Egg Review, Sin Fronteras, Scientific American, and Maintenant. She is founding poetry editor of Talking Writing, and is interested in the intersections between poetry, parenting, disability, and science.