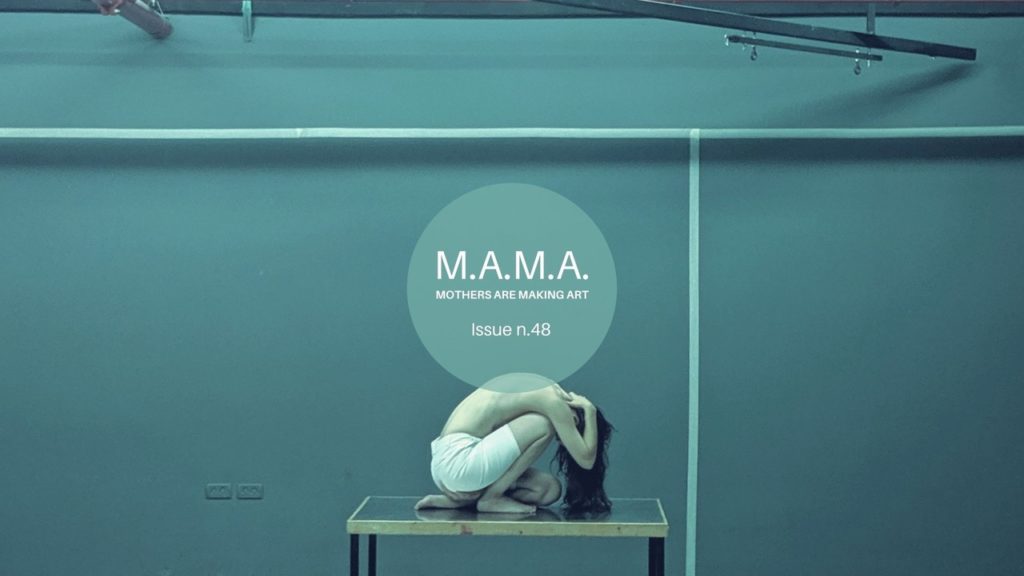 Maternal as a Strategy
What you’re going to do now?

The term ‘maternal’ has been pulsing through the academic and contemporary art worlds. Contemporary art institutions seek to cultivate it; scholars write about it, and artists who become mothers are confronted by the concept.

A confession: it took me a long time to connect to the term maternal. Even after having my baby girl, the term still felt obsolete. The second time around, as a student at Goldsmiths Uni, I started to read about maternal organizations demanding equality and providing agency to those who mother the other. It became really fascinating when I began reading about how scholars, drag, trans and performance artists were trying to queer the maternal by liberating it by reframing language and traditional thinking about it. As they question the role of community in regard to care practices, open and share the act of mothering, rethink how the maternal can be at use in our society – I began to rethink my own values, production and artistic process, how I could collaborate and think about mother work differently.

In a webinar hosted by Fred Moten and Stefano Harney held in July 2020, they respond to contemporary political and social disarray. As they note: “Differentiating ourselves through practice is not to identify or disidentify but to continue with the practice, asking questions that are supposed to produce movement and not paralysis.” Inspired by their conversation, the term maternal strategies bubbles up in my thinking. Could the maternal construct a discourse of change? Can it be a strategy for others? And how we might use maternal strategies to reconstruct ourselves, our artistic spaces, words and our movement to politically vision a different kind of future?

In constant dialog with these ideas and questions, the different projects I choreograph allow people to go through a process of reflection-loss-re-imagination and yes sometimes it invites them to stay in boredom and uncertainty for a long long time. As the choreographer-the mama of these spatial performative attempts, I use maternal strategies to reorganize and to facilitate. I apply a maternal perspective (harmony, balance, sharing of space and resource), taking into consideration where the performance work is performed, the kind of cultural history it holds, the people who are performing and the kind of knowledge they hold. By facilitating a space that fundamentally recognizes differences in its rhythm, physical actions, social expectation, where there is no leader but a group of people sharing what they know, a space with no hierarchy between objects, bodies, sound, and audience – Is to my opinion a new kind of territory-form-sphere-strategy where alternative knowledge can evolve and new thoughts about people’s body, movement & freedom of choice can be learned.

Below, “Objects of Attention” performance. 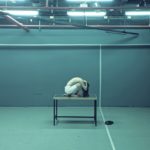 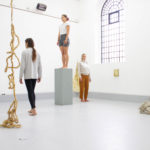 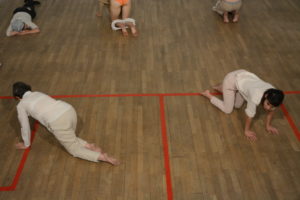 ‘Observation Room Project’ is a practice of slowing down, drawing its strength from the tension between the human subject and its surroundings. it takes into consideration the vital entanglements of one body with other kinds of bodies therefore is relational and maternal in its perspective. Slowness and durational are the two main methodologies through which I created ‘Observation Room’. in reaction to a rapid society, slowness is a way to counter fixed ideas of production, creative processes, individualism and many more. It enables “a listening”, perhaps even a “healing” space where the form is captured and new learning can happen. 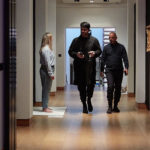 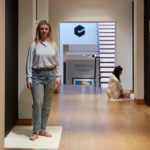 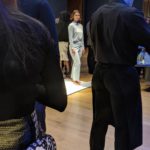 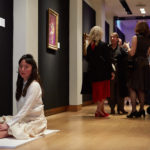 In ‘Stardust’, I reflected on the working reality of artists & mother artists. By presenting this work at Christie’s [Auction House], Stardust showcased active mother artists as the work of art, while investigating the relationship between the viewer – the commodity of art – and the mother artist who produces it. In this performance, each mother artist was for sale. Next to her feet laid a description of who she is, what she does for a living. In ‘Standing Still’, the relation between space, duration, and movement is intensely magnified, and the viewer is given the chance to enter another realm of consciousness and awareness. This event took place at the Wellcome Collection Museum. For one hour the performers invited the public to take part in standing still together – reflecting on what happens to the mind and body in a moment of stillness.

Indeed, when maternal strategies are used and performed by artists they open a space to respond to the patriarchal system by offering different voices, movements and new images where an alternative reality can exist.

Although we cannot simply conserve the idea of maternal and maternal strategies only through observing a performance, a drag show, an image, or an exhibition, we can perhaps begin to accumulate, through deconstruction of words, participation in liminal spaces, sharing of invisible maternal experiences, acting with intention, recognizing M-others, maternal actions that mean so much to this society.