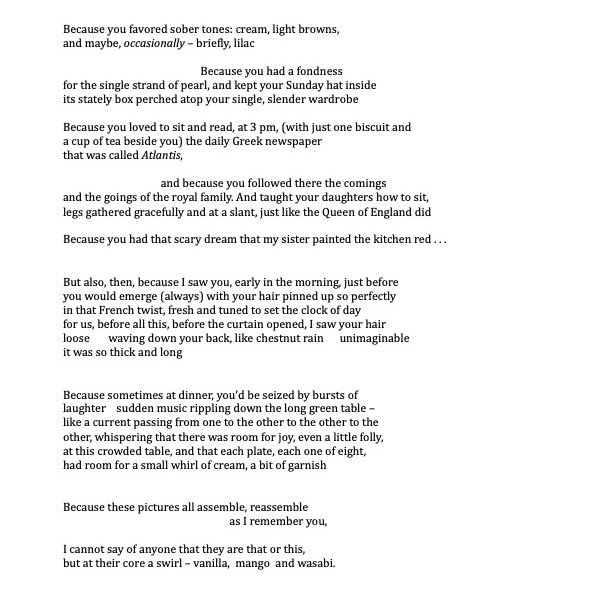 Helen Bournas-Ney was born in Ikaria, Greece, and grew up in New York City. While studying Comparative Literature at NYU, she received the Anaïs Nin Award for her work on Rimbaud and George Seferis. Her work has recently appeared in Plume, The Ekphrastic Review, and the anthology Plume Poetry 7.