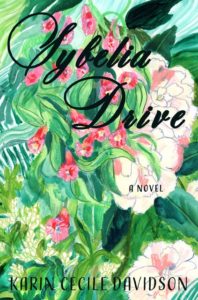 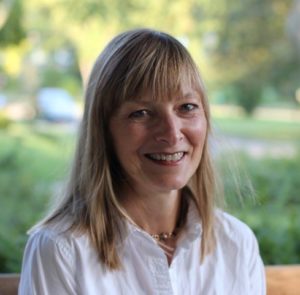 Karin Cecile Davidson’s debut, Sybelia Drive, turns to a small town in Florida during the Vietnam war, presenting many alternating viewpoints throughout the novel. Davidson’s focus is on family relationships and the far-reaching impact of war. Sybelia Drive stays compelling, and even with so many voices presented, Davidson produces memorable characters. Right from the first chapter, the sharp voice of Davidson’s characters and the time and place are evident.

Rainey paraded down on use that year my daddy left. It was the year when Daddy traded  in our family car for the red-and-white VW bus, Mama took to watching Peyton Place on Tuesday evenings, and I attached gold stars for spelling around my dresser mirror. The Beatles asked us to sit back and enjoy the show from the stereo speakers in Saul’s room, and the central Florida sun lit up the house like it was on fire. It wasn’t like we didn’t all know change was coming, what with Vietnam breathing down my daddy’s neck (1).

The Florida landscape shines through in the descriptions of the lake, citrus groves, and neighbors’ backyards.

Still in our pajamas, we ran barefoot through our backyards, past puddles and swimming pools, stepping over garden hoses and around swing sets. Just in front of us, a lone firefly lit up, like a tiny bare bulb in all the darkness. Cricket song rattled the air, and tree frogs chirped in loops and bounces (11).

These details paint a strong sense of place, transporting the reader to the central Florida lake town and immediately into the lives of these characters.

At the heart of this story are Rainey, Lulu, and Saul coming of age during the Vietnam war era. Saul and Lulu are half-siblings; their mother, Minnie Blackwood, is loving but distant as she tries to understand a life unfolding differently than she expected. Minnie befriends a woman in the grocery store whose daughter, Rainey, ends up living with them. All three children are dealing with loss and abandonment as they navigate their relationships. The women and children are at times living in the absence of fathers, husbands, and sons. Rainey’s dad is declared missing in action, and her mother leaves her with the Blackwoods to be an entertainer in South Florida. Saul’s abusive father dies in Vietnam. Lulu’s dad finally returns after three long years missing an arm and with a changed personality. Alan, the boy who lives near the Blackwoods and swims with them in the lake, soon disappears to fight in Vietnam and doesn’t return. His death haunts the novel—Saul bonds with Alan’s beloved dog. Rainey and Lulu struggle to come to terms with his untimely death. They watch as Alan’s mother rages after her son’s death.

The effect of the multiple voices in Sybelia Drive is like being in a big shifting ocean, and you never know what or who is going to be churned up and if the waters will be rough or calm. We aren’t promised complete pictures of these lives, which is clear early on. Characters come and go, some getting only a chapter or two and fleeting mentions in other parts of the novel, but every character is deeply felt. Davidson weaves a complex and rich tapestry of each of these lives regardless of how much space they take up in the novel. Many chapters in this novel feel like complete stories.

Sybelia Drive mostly avoids details of the battlefield, yet the structure and multiple viewpoints bring through the hidden impacts of war and how it touches even those who seem farthest removed from it. There are intricate and moving scenes between Minnie and her husband after he returns home. He’s changed both physically and mentally, and the aftermath of this is handled with tenderness and depth from all viewpoints. Lulu, Minnie, and Royal all capture the way one yearns for how things were before and how hard it can be to adjust when someone you know changes.

Days melted by, May into June, and Daddy moved around the house like he had to memorize it all over again. He had come back, and we were all getting used to the new way he walked and talked. He still laughed, but rarely and with restraint. And in response, we were cautious, too quiet, holding our breath, waiting to slip back into the way things had been before (73).

In the end, the novel circles back to Rainey and Lulu, together again in Sybelia. They are older, and we see clearly how the events of their childhood have shaped their identities. They are wiser, but some of the old frustrations remain. Their relationships are still complex and sometimes thorny, and people can be difficult, but these characters still come together in celebration of a new beginning and while remembering those lost. It reminds the reader that we do not know how events will change us, and people have flaws they may never shake, but you learn to love them anyway.

Emily Webber has published fiction, essays, and reviews in the Ploughshares Blog, The Writer magazine, Five Points, Split Lip Magazine, Brevity, and elsewhere. She is the author of a chapbook of flash fiction, Macerated, from Paper Nautilus Press. You can read more at www.emilyannwebber.com and @emilyannwebber.