I ignored my husband’s wishes by taking in foster children after he died.

I wanted to save the world, and while my life wasn’t always rosy, I was obviously in better shape than some parents. Our children had never been in foster care. We were responsible parents. That’s what I told myself as I cast judgement on parents who chose drugs or alcohol or mates over the needs of their children. I’d suck my teeth and turn up my nose at the thought of their selfishness. Awful humans who’d brought children into the world they could not adequately care for, and they’d become a target for my unmitigated rage. Unsuspecting participants.

I would save these children, encourage them, feed, clothe, nurture, and discipline them. I reported proudly that I was caring for these poor, depraved children; throwaways that not even their own parents wanted.

The first girl was nine years old when she came, the next was 15. Both black.

The younger child would sit, rocking back and forth, fixated on something I could not see. She was unreachable in this state. After calling 911 for the girl’s fixating and rocking, for climbing out of a window once, and running into the street, an EMT scolded me, “Look, you can’t call us every time she’s misbehaving,” then he shared his firsthand foster parent expertise. Maybe he’d been issued a more well-behaved, less traumatized child. Maybe the girl and I weren’t a match. I packed her things and sent her back like I would an ill-fitted dress I’d ordered online.

The 15-year-old was less obviously traumatized. Well-mannered in public, semi-monster-like at home, she antagonized my biological daughter (also 15-years-old) by not talking to her, scowling at her behind my back. We found the pills. The ones her psychiatrist prescribed, the ones I ran all over town trying to have filled. They littered the corner behind the bed post and were tucked snuggly beneath the carpet inside the closet. The pills she pretended to take while I handed her water to wash them down. I notified the psychiatrist.

When a boy found her interesting, she decided not to listen to me anymore. My ego had held onto her for 10 months before I realized she was, perhaps, bitter about her relationship with her own mother.

Egos are not helpful in saving the world, doing good deeds, or being a mother to motherless children. I could not shape other people’s children into something I thought they should be. Not because of whatever baggage they had, but because of my own. The need to be needed. In trying to save them, I neglected my own care. I was no more whole than they. No more whole than their parents. I functioned like a drug addict nurse whose only motivation is access to the medicine cabinet.

My biological daughter’s 15-year-old friend from school was also staying with us during this time. She was having issues with her mom, and she spoke with me openly about becoming a foster child. She’d wrongly assumed that she could choose a foster parent (me). What is happening with parenting? Three 15-year-old girls simultaneously vying for love, attention, time, and space. I hadn’t reckoned with my own childhood trauma, wrestled with my own rage.

The foster child reported me to her case worker. My daughter’s friend from school was not on my lease, and I was informed that I had violated the rules. Even in saving the world, I could not ignore the rules. The foster child had the state to lean on, money for her care, a weekly allowance, reliable and timely transportation to and from school and after school events, and I’d heard she could eventually attend a state university at no charge. My daughter’s friend from school: a broken but not irreparable relationship with her mother. Who needs me more?

With my peace of mind at stake, I finally listened to my late husband’s voice in my head. The honeymoon was over. I needed time, space, and the wherewithal to reconnect with myself and my own daughter (somehow) during her developmental years, her high school, homecoming, “I like this boy” years.

I was broken, still grieving my husband’s death three years prior, vicariously being traumatized by these parents through their children, I cleaned house. ALL visitors had to go! In that moment, I learned to be selfish. I was awful at being a foster parent because I was neglecting my own child’s needs to fulfill some void. If I did not make my peace of mind my priority, I could never raise my daughter with the love and care she deserved. I didn’t want to break her. I had cosigned society’s plan for me: to care, to save the world, to do good deeds.

Once all the visitors were gone, I sipped coffee from my favorite mug and watched my daughter head off to school. She smiled at me with confidence, and I realized I could not save the world, and I didn’t have to try. 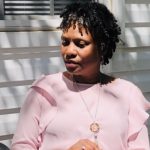 Onita Morgan-Edwards holds an MFA from Ashland University. She has work appearing or forthcoming in The Antioch Voice, Glide Literary Magazine, and Facing Gun Violence: It’s Always Close to Home for Someone.  Onita facilitates writing groups with youth and young adults and is the editor of Thirteen2Nineteen: A Literary Magazine for Black Girls & Teens. She is working on her first novel and lives in Dayton, Ohio.