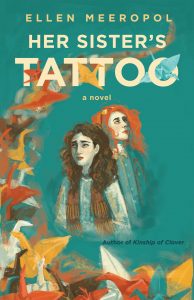 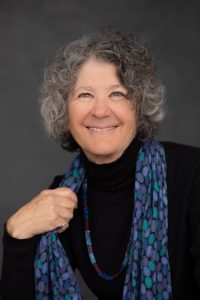 When They Take the Children

We are outraged at the recent separation of migrant children from their families, but family separation is not new. It has been used for centuries as a political tool to frighten, to punish, to pressure, to terrorize. Think about the sale of slave babies, about Indian children forced into boarding schools, about Nazi concentration camps, about Argentinean babies torn from their political prisoner parents: innocent people caught up in wars and genocide.

But how do we feel when the choices of the parents contribute to, or even cause, the separation?

Three novels forthcoming in spring 2020 dramatize situations in which a child is separated from the family who loves them: Tea By The Sea by Donna Hemans, Glorious Boy by Aimee Liu, and my novel Her Sister’s Tattoo.

In each of these novels, a different level of parental responsibility contributes to the situation. In Donna Hemans’ Tea By The Sea, a man kidnaps his newborn daughter from a Jamaican hospital, devastating the teenage mother, Plum. Plum did nothing to bring about the situation; she and her infant daughter have no agency and no responsibility for the abduction and separation. In Aimee Liu’s Glorious Boy, the parents’ decision to work (the father as a physician, the mother as an anthropologist) in the Andaman Islands on the cusp of the Japanese invasion in 1942 puts the family at risk, indirectly leading to the parents’ separation from 4-year-old Ty.

Reading Glorious Boy and Tea By The Sea offered me a new lens to consider the child separation situation in my novel. In Her Sister’s Tattoo two sisters, Esther and Rosa, cause harm to a police officer during a 1968 anti-Vietnam War protest. When they are arrested, Esther accepts a plea bargain so she can stay out of prison and raise her baby. Rosa wants a political trial and fights the authorities every step of the way. Her choices lead to her incarceration and a long separation from her daughter, not yet born at the time of the protest.

Does it matter that Rosa’s activism plays a role in her separation from her child? Is her situation somehow less deserving of our empathy? Does it matter that Ty’s parents’ choices about where to live and work in wartime contribute to the emotional disaster the family suffers? Does the innocence of the teenage Jamaican mother make her more deserving of our sympathy? Thinking about these three novels and the pain of separation experienced by the adult and child characters regardless of responsibility for the situation lead me to try to understand more deeply the fraught issue of parenting and activism.

This issue of children separated from family, especially for political motivations, comes very close to home for me.

When my husband Robby was three years old and his brother Michael was seven, their parents were arrested. Over the next three years, their parents were charged with conspiracy to commit espionage, tried, and sentenced to execution. During those years, the boys were only able to see their parents on visits to Sing Sing Prison. Despite multiple appeals to higher courts and to President Eisenhower for clemency, both parents were executed in June 1953. To the moment of their deaths, Ethel and Julius Rosenberg claimed they were innocent of the charges. Not only were the boys separated from their parents, living in a shelter and a foster home, their parents’ siblings were so intimidated by their very real fears of Cold War McCarthyism that they did not offer the boys a home. Six months after the execution, Robby and Michael went to live with Anne and Abel Meeropol, who adopted and raised them.

Sixty-six years later, it is widely believed that Julius Rosenberg was guilty of passing information to the Soviet Union to help them defeat Hitler, but had nothing to do with the atomic bomb, and Ethel Rosenberg was innocent of any espionage. The prosecution has admitted using her arrest and sentence as leverage, hoping to pressure Julius to confess and name names. At the sentencing, the judge accused Ethel and Julius of being bad parents, because “Love for their cause … was even greater than their love for the children.”

I have often thought about Ethel and Julius’ activism. They were involved in the progressive movements of the 1930-40s: collecting funds for the anti-fascists in Spain and supporting striking workers fighting to build their unions. My own activism in the 1960’s-70s mirrored their work. Should my in-laws have stopped these activities when their sons were born? Should Julius have given up his clandestine activities to support the Soviet Union against the growing fascism in Europe when he became a father? Should I, and my friends, have stopped protesting and organizing, stopped taking these risks, when we had children?

Should only childfree adults take the risks inherent in certain kinds of political activism?

I know that my husband’s story was in my heart as I read Glorious Boy and Tea By The Sea, as I ached for the parents’ distress and guilt at being separated from their children. Was I thinking of those 1950’s Sing Sing visits when I wrote the prison scenes in Her Sister’s Tattoo? No, not consciously. But I’m certain that hearing my husband and brother-in-law talk about those visits and reading Ethel and Julius’ death house letters to each other and their sons, has deeply affected me. Robby and Michael recall their parents making the visits emotionally safe, child-focused and fun, including captured insects from their cells and ordinary family conversation about school and hobbies.

These questions are critical for our current political landscape and they’re not limited to migrants at the border. The climate emergency and the rise, once again, of fascism around the world threaten the Earth’s population, adults and children alike. We can’t wait for our children – and grandchildren – to grow up to make the changes necessary to save the planet and to protect the most vulnerable among us. Today, as in the dangerous decades of the 1940’s, 1950’s, and 1960’s, parents struggle to balance their activism with their need to protect the children in their care. Indeed, many adults become politically involved to make the world safer, and more welcoming, for children.

The separation of children from their nurturing adults is devastating to children and families regardless of the cause. The world’s rulers use the emotional bonds between children and adults (and the enormous responsibilities that parents and other nurturing adults feel towards children) to try and convince people to stay quiet and accept the status quo. Ty’s parents’ choice to do humanitarian work in a war zone, Plum’s trust in her baby’s father, Rosa’s decision to do everything in her power to end the war in Vietnam, and Ethel and Julius’ refusal to name names even though it meant their sons would be orphans, are not the cause of their separations from their children, although they may contribute to the complexity of the situation. The responsibility for the heartbreak lies with the rulers who break family bonds as tools of war. 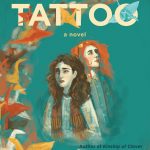 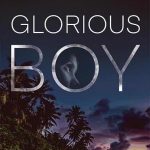 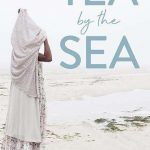 Tea by the Sea, by Donna Hemans. Red Hen Press. Pub date June 9, 2020. ISBN 978-1-59709-845-8
Ellen Meeropol is the author of four novels, Her Sister’s Tattoo, Kinship of Clover, On Hurricane Island, and House Arrest. Her work has been honored by the Women’s National Book Association, the Massachusetts Center for the Book, PBS NewsHour, and the American Book Fest. Recent essay publications include Lilith Magazine, Ms. Magazine, The Boston Globe, The Writer, Guernica, and The Writers Chronicle. She is a founding member of Straw Dog Writers Guild and leads their Social Justice Writing project.
Share. Twitter Facebook Pinterest LinkedIn Tumblr Email
Previous ArticleAuthor’s Note – Jayne Martin on Tender Cuts
Next Article to cleave by Barbara Rockman