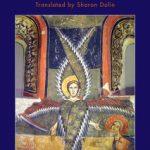 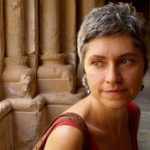 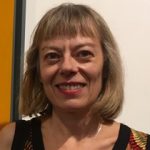 In Gemma Gorga’s Book of Minutes, prose poems enlighten with mystical ease and seem to shimmer with radiance. Each poem is a self-contained invocation distilling a deeply felt spirituality found in the natural world. Though many of the poems are inspired by the imagery of Catholicism, the unofficial religion of Gorga’s home country of Spain, this is not a book dedicated to the acceptance of a beloved deity. Instead, we are invited to witness a struggle between the author and God. She writes, “You appear … hold down my scream with your scream … Please, tell me who you are, you who in this way has bound me to death” (77).

The very first poem (each poem is assigned a number, not a title) evokes the proverbial Last Supper, though it is not the da Vinci painting, but another poem the reader may recall when reading her lines: “We sat around a table. Sometimes there were thirteen of us … Sometimes we were only two, possibly you and I … Sometimes a single person sat …” (5). In the Wasteland, T.S. Eliot wrote, “Who is the third who walks always beside you?/When I count, there are only you and I together/But when I look ahead up the white road/There is always another one walking beside you/…who is that on the other side of you?” Gorga insight is that, “No matter how tired and old, we still ran to make sure of a seat, to seize from life the last morsels of light” (5).

This emphasis on the magnitude of life and how it has been bequeathed to us serves as a motif in Gorga’s poems and epitomizes her struggle with God. In Gorga’s world, God has created a life full of disarray, disorder and deterioration, but life is sacred, nonetheless, and we are ultimately saved through its beauty, and love. Indeed, so much beauty and love exists right in front of our eyes yet we often fail to notice it or refuse to believe it: “Blindness can be caused by an excess of will—not wanting to see, for example. Is that why each time we need more diopters to appreciate love’s absolute profile when it is interposed between desire and the gaze” (23)?

For Gorga, the essence of eternity in the natural world offers grace and peace, as well:

“ …leaves fall from on high, beyond the trees and rooftops, there where the blue curve of the atmosphere ends and the first drops of clarity are condensing … leaves that save us from immobility with the unending phrasing of their falling” (25).

Gorga informs us that life is distilled down to minutes and through her observations of science, Gorga draws a direct correlation to the beauty that surrounds us and her own “ … sad wilderness of consciousness” (61).

She writes, “Everything obeys the law of gravity … Is happiness the absence of gravity: to feel for one moment the soft indolence of a cloud …”(61) and then comes to a breathtaking conclusion: “It is not always easy to fit dark with dark, light with light, finding the exact joint that has to understand the burden of identity. Night after night, I return. Until dawn puts down the double-blank of light on my skin and I can quit the game” (121).