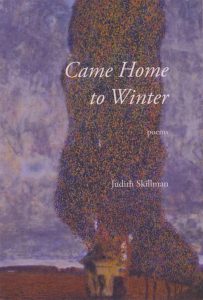 I always felt, after reading What to Expect When You’re Expecting, that the sweet little book we’d used as a bible while gestating had left us all completely underprepared for parenthood. Now that I’ve gotten two teenagers through a total of 33 person years without too much lasting damage, I see that the book didn’t remotely warn us of what really awaited us.

Sure there would be flatulence, and increased teariness, and let us not forget the discourse on the mucus plug, which might cause any single lady to consider better methods of birth control. We had signed up for all that.

What it didn’t warn us about was the unexpected, the madcap chaos of parenting that finds us fishing a kid’s best friend’s infant guppies out of a tank at 11:45 the night before leaving on vacation, because otherwise the kid’s best friend’s parental guppies would eat every last one.

It didn’t prepare us for the four-month concussion, the abraded gums from the bike accident, the dateless prom night. It didn’t tell us What to Expect when the gritty, confusing, smelly, unphotogenic part of parenting begins, after the first decade or so.

Personally, I felt a bit blindsided. Like I hadn’t gotten my money’s worth on my paperback version.

So it’s a good thing that we have Judith Skillman’s newest creation, Came Home to Winter. For those of us with kids approaching adulthood, it paints a vivid picture of what to expect when you’re done having expectations. When your kids have moved out, and had their own kids. And, spoiler alert, it’s great, and it’s awful, and it can be just as exhausting as those 3 a.m. feedings.

Full disclosure, I am both a fan and friend of Skillman’s, and have heard over the years about her parents, children and now, her grandchildren.

The book, with its dark title poem, illustrates the feelings of obsolescence that comes with parenting older children, “the small death of abandonment” (60). She also writes grippingly about when “Health departed on its white horse,” with vivid, wrenching descriptions of approaching “this potash dawn” (19) while in chronic pain.

Aging takes its toll, as in “Mobility,” about the woman who stepped into the poet’s spine, but has its joys, including “Desire.” Spoiler alert, it has a killer ending, one that proves desire doesn’t end:

deep inside the body
an extravagant wish surfaces,
requests to play the part
of descant (42).

But little ones haunt the collection, even when it turns to the 10,000-foot view, to describe the ancestors from “The Old Country,” a poem that conjures up the treks of refugees, the infirm carried in wheelbarrows, “and children riffling the past/ like light through cornfields” (69).

Skillman’s passions, and sharp, thrilling imagery, are in full display in this collection. The reader, her children, and her grandchildren, are lucky to have her.

Tina Kelley’s collection, Rise Wildly, is forthcoming from CavanKerry Press, which also published Abloom and Awry (2017). Ardor won the Jacar Press 2017 chapbook competition. Her other books are Precise and The Gospel of Galore, which won the Washington State Book Award. She co-authored Almost Home: Helping Kids Move from Homelessness to Hope, and was a New York Times reporter for a decade, sharing in a Pulitzer for coverage of 9/11.