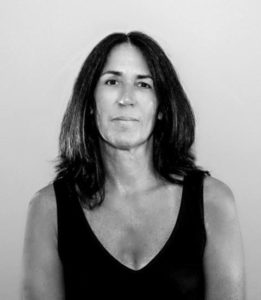 Do you like poems about America’s past that evoke a Rockwellesque landscape, then curl up and scratch the back of your neck? I do. But if that’s what you are looking for, this collection isn’t it. Rather, it will grab you by the hair and pull you into a dark place in our history, and hold you hostage there.

This is the most powerful representation of the Kitty Genovese murder that I have seen, and I have seen quite a few. I was a new college graduate when the murder happened, and could not believe that dozens of eyewitnesses had just sat there and done nothing. I remember hearing many say that such a thing could never happen “in our neighborhood.” Though later re-examinations suggested there were not so many witnesses as reported, the event still marked for me the end of American innocence. And in our neighborhood, people began to lock their doors.

This book is a shocking retelling of a horrific tale, and the poet’s intense identification with the subject increases the power. The event has been well-researched. The poet is another Italian American woman living in a city, and she sees Kitty as another self. Jennifer Martelli grew up in Massachusetts, and has degrees from Boston University and The Warren Wilson M.F.A. Program for Writers; she has a chapbook, After Bird, and a book The Uncanny Valley, as well as grants and rewards. She is a city resident like her subject, and it seems Kitty found her as surely as she found Kitty.  “Dear Kitty” tells their story:

I am breaking my own rule talking to the dead for the sake of
the living. I want to imply a sense of intimacy between us.
I want witnesses and eavesdroppers…
Windows are dangerous: we locked every
one, the aunts, my sisters and all the cousins the night Albert Desalvo
escaped What is it about us Italians? We fear birds and we fear eyes…
Your stab wounds were lips, they were eyes too.
Did you know Mary Ann waited upstairs in your bed? Did you know
Sophia held you on the foyer on the slick tiles? Did you know your
mother had a stroke after you died? Your story is the Bossa Nova. It is
Downtown. Your hair was brown black. Women loved you. It hurts
my hoarse throat, my blue heart. (35)

Kitty is brought to life by the poet’s identification with her, by the blurring of the two lives. The poems use Kitty’s life in describing the poet’s and vice versa. The elegiac feeling is enhanced by the fact that the poems are self-elegies too. But the tone is not slow and meditative. The tarantella, a curative frenzied dance, suggests the pace of the poems.

An Italian-American woman who grew up in the city, daring to live alone and be who she was, is violated and murdered by a man—this story is a metaphor for women’s position even now, claim the poems, and vividly, rightly so.

The poems are very different, though the consistently meld and mingle the two lives. “After JFK’s Assassination, Things Got Really Bad” intersperses an imaginary interviewer’s questions about Kitty with details from her/their story:

How does Kitty order things?

remember the big TCs in Almy’s Department Store, two whole
isles of
RCAs built into wooden consoles, antennae like antlers and
everybody was silent or crying. One woman said we’re glued
here, we’re
glued to the TV. They said they killed the President because he
was
Catholic. My mother held my hand.
…My mother

Why are you writing about her?

looked beautiful in her chiffon turban
She had a tin ashtray from the ‘64 World’s Fair in Queens.

I saw a burnt out building with Kitty’s face
spray painted on the old baked brick. Block words
circled her like a halo: what is true? who will tell? (37)

The poems have the ironic effect of giving Kitty a voice that was denied her in her lifetime, a presence that cannot be canceled out. Women poets have such a broad field now of silenced women to allow speech, but this collection is unusual because of the power of the identification. Jennifer is Kitty, and so must her readers be.

Another tells of “Things Kitty Genovese Should Have”:

These poems are addictive, and the world they represent seems too true. Not even lovers of cozy nostalgia will want to avoid these poems or evade them. The poems seize you like the dance, the Tarantella, and leave you exhausted but enlightened. Maybe a little bit healed.