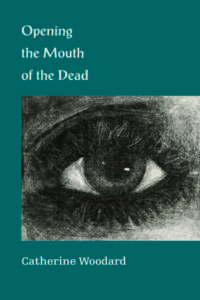 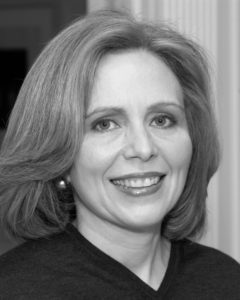 “The word for house and tomb / is the same, pronounced per” says the narrator in the entirety of the poem “Hieroglyphs, Reread” (63). In this haunting collection of poems, the first of former journalist Catherine Woodard, the author captures beautifully the claustrophobic and suffocating world of a struggling family in 1960s North Carolina. The book offers up to us a child’s eye view of mental illness, addiction and the bereavement when parents are emotionally and psychologically absent.

The title of this collection refers to the Egyptian burial ritual of the same name, as explained in the glossary where the preserved mummy is re-enlivened for its journey to the afterlife. The book charts the narrator’s search for ways to reignite the body and life of her father through what is most containing in her life during this chaotic time—her elementary class’s project on ancient Egypt and the Book of the Dead.

In some ways the narrator could be in the Harry Potter generation, where childhood wishes have the power to defeat any adult-made catastrophe as long as one has the magical tools to transcend danger and defeat mortal enemies: “The book had maps, lists of dangers: /spitting snakes, boiling lakes of fire, / With prayers and spells to keep you safe” (5). This ‘magical thinking,’ where wishes alone have the power to kill or resurrect is a place outside the laws of time and space where “where everyone you love will be safe, waiting” (12).

We see the narrator’s survival strategy is to develop a helping role beyond her years. She tries to emotionally support her parents, nurturing, tending, even willing growth: “I am excused / From dishes to help / Fertilize. On our knees, / Daddy and I spoon // Miracle Gro / Into small holes”, yet her own is stunted: “Now when I go to sleep / Mother blocks doors with chairs (11). Disillusionment, and the pain of waking up to the benign and not so benign lies adults construct for children comes later but only through the voice of a younger relative, too late in some ways for the narrator: How come Road Runner never gets hurt? What does beep beep mean? Why does no one cry? (68).

The book ends by asking how we might separate a person we love from the illness that has damaged both them and us:

Must a word slurred be tainted?
Or is my doubt the shame?

And how a family capable of great tenderness and love—“I am already tucked back in bed / under canopy of hand-tied tobacco, twine” (16) can snap and break under the weight of mental illness.

I did find a glimmer of hope even in these, at times, desperately sad and unanswered cries for help. Through the narrator’s journey these compelling and evocative poems remind us of how language can not only contain and make sense of complicated feelings and overwhelming life events, but also for writers and readers particularly, it can be the very shape, taste and feel of words that allow them to alter us: “Capital B sturdy / mark of his name. // I crawl into the bottom loop, / think of the word bridge” (75). Sometimes too, in an act of more everyday magic, they can transport us beyond our pain to somewhere new.

Ros Howell is a registered Dance Movement Psychotherapist working with refugee mothers and their young children in London. Her writing has appeared in publications such as Juno Magazine, the Mom Museum and MaMSIE.org. She has edited The Journal of Mother Studies and Transformations: the Journal of Psychotherapists and Counsellors for Social Responsibility www.maternalexperiences.com