CRAFT: Women Writers, Mothers And Friendships: How We Sustain Each Other 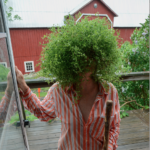 “… Women warriors and female heroes are emblazoned on our t-shirts, waving in our protest banners, and held in our hearts. Whether they are ancient goddesses, national politicians, international activists, or our mothers, daughters, sisters or partners, we are delighting in their power. This month we highlight work from visual artists that delves into the vitality, endurance, and fire of female guardianship, that force which protects and defends what we love and value….” – Ana Silva 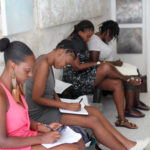 CRAFT: Women Writers, Mothers And Friendships: How We Sustain Each Other

“…In Lucille Clifton’s poem ‘won’t you celebrate with me’ the poet celebrates herself, a woman of color in the world. “i had no model/born in babylon/both nonwhite and woman/what did i see to be except myself?” Friends, writers and mothers, Mireya Perez-Bustillo and Patsie Alicia Ifill share a friendship where they consistently support each other, not just as friends, but also as writers. … This interview explores how they sustain that friendship and support system as writers, women and mothers….” – J.P. Howard 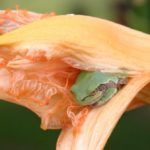 We celebrate these women’s stories, here to rouse them from 100 or 1000 years of restless death. As every goddess knows, nothing’s worse than
being ignored.
–From Patricia Brody’s intro to Dangerous To Know (Salmon, 2013)