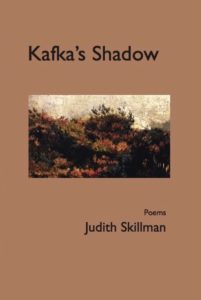 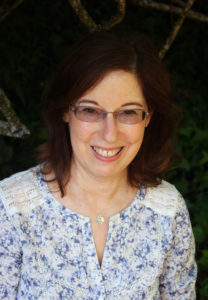 Peonies are relatively fragile flowers, both to grow and to maintain in cut flower arrangements. They require the right balance of light and water to thrive, and have difficulty growing in close proximity with others. The fact that peonies were a favored flower of celebrated Czech writer Franz Kafka has not gone amiss for Judith Skillman; in her latest collection of poetry, Kafka’s Shadow, she frequently makes reference to it, alluding to Kafka’s own character and personal life, as well as his writings, in the process.

For those well-versed in Kafka’s body of work, Kafka’s Shadow provides even deeper insight into his life and influences. His fraught relationships with his family members, friends, and romantic partners, as related by his personal letters and extrapolated from his fiction, are represented beautifully in Skillman’s poems, with echoes of Kafka’s own departures into surrealism intertwined. For example, from an early poem in the collection entitled “Kafka’s Wound”

Toward sunset it bleeds orange, plums
and wine. His father always at table
with mug in hand. How long
must a son allow the city to unwind
its long avenues, branching rivers

full of walkers insular with autumn.

He’s learned one lesson.
This wound must be purged each day,
else the stench of what it carries
comes from his mouth, and others turn away. (15)

The strain of Kafka’s authoritarian upbringing and subsequent taking of a “bread job”—a job one takes only to collect a salary, not for any personal satisfaction—to please his father informs so much of his writing, and Skillman returns to this theme of discontentment, of lack of fulfillment, in many ways, including, as we see above, the idea of a wound that must be constantly cleansed, yet never heals.
Kafka’s romantic life was similarly troubled; he was engaged multiple times—although he never married—had several affairs, and visited brothels regularly. In Kafka’s Shadow, Skillman bittersweetly brings to life the character of Felice, a woman Kafka dated and to whom he was engaged twice during a five-year span. She is described in “Night” in Kafka’s voice:

He spends an hour,
maybe two,
counting her fingers,
memorizing her hair—
not as soft as he would like.
A dirty blonde in nylon stockings.
Why bother to undress?
A sensation called disgust
can be lessened
by a starched shirt.
Who is bound to feel
less than a button,
as it slips in and out
of the hole
made especially for it? (26)

The beauty of this poem, and all of the poems in which Felice features, is the emptiness of it: the veneer of love is there, but the actual substance of it is lacking. The balance has not been struck, and the metaphorical peony flower does not thrive.
However, for readers who are not as familiar with Kafka’s life or work, Kafka’s Shadow still has much to offer. In addition to her careful research and representation of the man himself, Skillman demonstrates her talent as a poet in the sheer musicality of her lines. For example, in one of the later poems in the collection, “Kafka’s Mother Witnesses Hoarfrost”

The greening fence, dead shrubs
and glass yard. All spiculed
and spoken into forgetfulness
with tight-worded whispers.

The consonant sounds reverberate throughout this passage, creating beautiful rhythms to highlight the sense of exaggerated reality through which Skillman pays homage to the collection’s namesake.
In all, Judith Skillman’s Kafka’s Shadow offers both masterful craft and compelling insight into the life and character of Franz Kafka—well worth the time of both Kafka enthusiasts and those just becoming acquainted with his work alike.

Issa M. Lewis is author of Infinite Collisions (Finishing Line Press, 2017) and was the 2013 recipient of the Lucille Clifton Poetry Prize chosen by Backbone Press. She has been published in journals such as Pearl, Naugatuck River Review, Jabberwock, and Mom Egg Review and teaches at Davenport University.