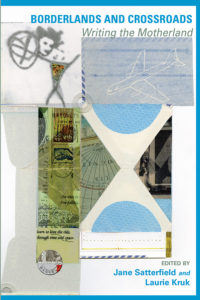 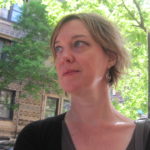 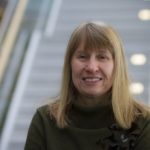 This beautiful anthology, with its meditations on a motherland in relation to both country and transition couldn’t be more relevant to our times. Beginning with a knockout poem by Beth Ann Fennelly, “Latching On, Falling Off,” the reader is invited into the hypnotic state of a new nursing mother: “Soon, soon—I am listening—she swallows, / and a layer of pain kicks free like a blanket” and “Once, I bared my chest / and found an animal. Once I was delicious” (10). In Part IV, she addresses the cocoon of motherhood and also its profound isolation: “It was a small country, an island for two, / and there were things we couldn’t bring with us, / like her father….” (12).

It is apt that the collection begins with the small intimacy of an infant and mother and then journeys into larger connections and losses. In Marilyn L. Taylor’s poem “To the Mother of a Dead Marine,” the narrator speculates, “Could I have been the beast he rode to war?” (16). The mother’s unspoken grief is juxtaposed with the memory of a casual liaison; an intimacy no longer possible.

The journey throughout the landscape of relationships is varied and heart wrenching in this collection, alighting on a mother with a suicidal daughter in “And I Thought of the Bracelet That Said ‘Fall Risk'” by A..V. Christie (19): “The pills a flock that took her / to where she was translucent above the branches, / like speech…” (19). This poem serves to highlight the helplessness of a parent who now sees danger in seemingly innocuous household items as she vacillates between needing to keep her child safe and confronting the hard truth about depression.
Some writing in the collection calls up our collective history like Jennifer Franklin’s poem “One Photograph” (23) about the Holocaust: “Human cries around them drowned out / owls in autumn, smothered everything but / stars that watched them suffer.” The atrocities of this history touched her ancestors and so many more because the past shapes the future, and wounds can be passed from generation to generation. Jennifer Franklin’s poetry shows both gravity and range as she moves to the present in “My Daughter’s Body” (25): “her brain already / formed by strands of damaged DNA.”

The prose section of this anthology is no less powerful. In the essay, “With My Daughter, Hannah Arendt, and the City of Futures” by Adrianne Kalfopoulou (140), unrest in Greece along with the ascension of George Papandreou seems a hopeful thing until it isn’t: “I log back on to read more of what is happening in Athens. The policeman, who was burning on the street from a thrown Molotov, had been extinguished by another policeman.” A phone call from her daughter about dinner that night is misinterpreted as bad news about her father in Greece, and so it continues. Racism, homelessness, her daughter’s study of Hannah Arendt’s insights in The Human Condition, that “political action ‘could make people act in certain ways’ whereas it is individuals who make, create, individuals together who become the opportunity for action” (151). The irony of billboards that advertise People’s Bank (Meet Us in Person) or invite us to be a member of CVS Rewards or the Gap Members’ card (157) create a false belonging. Arendt wrote, “The intimacy of the heart, unlike the private household, has no objective, tangible place in the world” (157). The city with its signs and billboards attempts to make public our deepest secrets, from drug abuse to impotence: “There are numbers to call for everything” (157).

This important and ambitious collection straddles eras with stories and poems both personal and political. As our own country enters a crossroad, one where the definition of democracy is changing, and incidents of racism, homophobia, and xenophobia are on the rise, it is important to remind ourselves that these intersections are historical. The final essay by Laurie Kruk, “Across the Border,” has both a literal border between Canada and the United States and the figurative border of a blended family. From its fraught beginnings—“You’re not my REAL mother! (258)—to her eloquent description of “occupying a parallel space, but without easy access to the role and title of Mother…” (258), this relationship like all familial and historical ones, has at its core both division and acceptance. As her stepson comes out as gay, she goes through the same searching for connection as do all on this journey. After all, in Borderlands and Crossroads: Writing the Motherland, it is the threads that connect humanity that will ultimately dictate our fate.

Lisa C. Taylor is the author of four collections of poetry and a short story collection, Growing a New Tail published in 2015. She holds an MFA from Stonecoast University of Southern Maine and her fiction and poetry have been nominated for the Pushcart Prize. She received the Hugo House Award for Short Fiction in 2015.