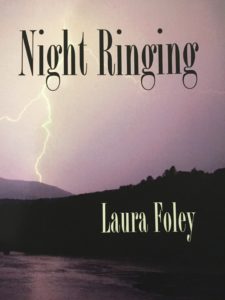 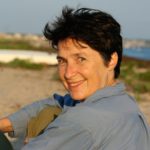 – Abundance abounds throughout the ever-tight and crisp poems that comprise Night Ringing, a finalist for the Autumn House Poetry Prize and the fearless fifth collection of much-decorated and widely-published poet Laura Foley.

Abundances of time and experience and place—from childhood to motherhood; marriage to divorce; long-worn illnesses to unexpected death; exciting, new love to a violent, spent love; and an inner-city apartment’s “window barred to passing feet” (19) to “the curve / where the woods / grow dark” (41)—course through Foley’s (often much less than) one-page poems and relaxed, straight-forward diction. These thematic and craft elements work in conjunction and result in a balancing of the hulk of the collection against its pulsing parts. This same balancing act occurs at the poem- and line-level, too, in the figurative abundances Foley wrings out of simple yet seething language.

We meet on the boardwalk,|
biggest moon of the year
lifting her pretty face
from the river to the east,
savor sweet mangoes
we buy on the street.
Dripping, soft and ripe,
we eat by moonlight,
without a knife. (53)

In this short scene, the reader is offered a sensual and romantic moment between the speaker and her new lover, which, in the context of the on-going narrative across the poems and sections of Night Ringing, is one of the speaker’s first experiences with desire and love of a woman, after years of having pursued sexual and romantic relationships with men only. The poem’s language is teeming with images of attraction to, admiration for, and celebration of the natural and the feminine: the gendered moon’s “pretty face” and the “[d]ripping, soft and ripe” bodies of the fruit and women. Moreover, the last line—its description of eating “without a knife”—suggests a rejection of the masculine and the rule of society, the hard and penetrating “knife,” in favor of a softer, more visceral experience. Even the last three lines’ repeated long vowel sound (ī) accentuates this tone of tenderness and longing.

When I first encountered the epigraph to Night Ringing—“Clara, why don’t I dream of you?” (a quote from a poem by Adrienne Rich that Foley copied down months before meeting in real life a woman named Clara, who would later become Foley’s partner)—I expected the collection, in its bravely autobiographical and relatively chronological progression through Foley’s life experiences, to address this meeting and resulting relationship. After finishing the collection, especially its last two sections, I was pleasantly surprised to find that the epigraph referenced a different, deeper relevance, that of dreaming and its personal power throughout a life.

The dream as setting or subject is a much over-used device in poetry, often having the effect of abstracting the action or dulling the imagery into the realm of the cliché. Foley avoids these faults by exploring dreams with a sharp sense of self-awareness in terms of her experience with Jungian analysis. Across three funny, sad, and ultimately hopeful prose poems in the collection’s fourth and fifth sections—“Lapping Over Us,” “Flunking Jung,” and “The Psychic Basement”—Foley explores how the dream life, the unconscious life, can be united with wakeful, conscious experience as a way to make meaning of the self and its “sense impressions” (56), with the ultimate goal of achieving a wholeness of self through the recognition and acceptance of the intersection of these lives—Jung’s concept of Individuation.

In “Lapping Over Us,” Foley poses the frustrated and searching question, “How shall we make sense of these images, lapping over us, day and night, or the sense in a sentence?” (56). Though “Flunking Jung” recounts humorously the rejection of the speaker’s unconscious by the outside world—“the Jungian entrance exam” (60) that the speaker flunks—the poem’s last image of “a young fox visit[ing][the speaker’s]garden . . . a Jungian gift” (60) illustrates an early reconciliation of self. In the last of these three poems, “[t]he genius of simplicity” at which the speaker arrives once “[a]way from the psychic basement” (69)—the “psychic basement” being an oppressively dull conference on Jung in Boston—illuminates Foley’s unassuming poems as a collection dedicated to an acceptance of and accessibility to self as it exists across its abundances.

Night Ringing is an intensely revealing collection that offers the reader—not as voyeur, but as friend, as fellow human—a window into an astonishing life: its movements, its loves, its losses, its triumphs, its dreams, its many-layered but wholehearted self. We can all learn, and heal, from Foley’s journey.