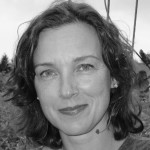 – Written from a heart expanded/ and pulsed back to life (“How It All Started” 3), Darlene Pagán’s poems burn with the scarred/ hide of broken love (“The Wolf and the Kid” 13), the mad harvest of sexual desire (“Blackout” 26), and the vast/ universe of grief (“Dark Matter” 59). In this compelling series of narrative and list poems, Pagán’s precise language and imaginative metaphors ignite her lyrical endings: The worms / …return / root to its shrub, blade / to grass, bulb to bud. If / only they could knit back the boy (“After the Fire” 41).

Each word in Pagán’s vocabulary of fire is an ember open[ing]its smoking eye /… waking another / and another (“How It All Started” 3), gaining resonance as the collection unfolds. Like flames licking and leaping from poem to poem, imagery blazes from books: hardbacks / curl like tongues (“Halloween, Baptist Church, Canton, NC” 6) to husbands: When she put the match to the sheet, she / never imagined it would curl him / in its hot tongue (“Wife Still a Suspect in Blaze That Claims Husband” 10). By the end of the opening section, Fuel, the reader is not entirely calmed by the suggestion: Whatever woke you— / let it settle like a sheet (“Starving the Panic” 19). Rather, a visceral tension lingers from the earlier bits of sheet, newly caught on fire / ris[ing]like cardinals (“Wife Still a Suspect in Blaze That Claims Husband” 10) now seared into body memory.

Daring anyone to stop [her], (“The Driver’s Test” 23), Pagán also writes from the body in Heat, the book’s fulcrum. In her bold poem “Blackout,” two memory care residents wheeled into a closet kiss with their lips, / teeth, and tongue, all flesh and bone. The poet observes the world with heightened senses: She studies the concert of mouths, / cheeks, and chins, how the light in someone’s eyes / falls like water with a sigh or blooms with a laugh (“Woman Claims Hearing Loss Gives the Gift of Sight” 32). Not shying from traversing sexual taboos, she names dissociation through kinesis: her whole body feels so hot and light it rises/ out of her clothes like a balloon (“Anatomy of Girl” 31).

The collection concludes with poems that deepen into the recesses of human experience—loss and the fear of it. The poems expand and invite the reader to dwell where grief / split [her]world into a triptych— / before and after and the heart stop between (“The Day an Officer Shows Up Who Looks Exactly Like the Actor Gary Oldman” 56). In this final section aptly titled Breath, the reader is transported into the gravitational force of a space / after a loved one’s gone (“Dark Matter” 59). The narrator returns to her garden without her mother and sees her radishes’ little hearts as starved / as [her]mother’s (“Unwanted Pepper” 57). Yet, like the speaker, the reader is heartened by something as sudden and enduring / as [her]laughter at the thought of carrots / sprouting at the foot of [her mother’s]headstone (“The Edge of Spring” 46). In an imagined life of scents, Pagán plumbs the sense most evocative of memory and uses fire imagery to express aliveness: a lover’s shirt / under the bed, fueling lewd dreams (“The Last to Go” 54-55). Despite an extinguished love, a child’s near-accidents, and a mother’s death, this woman poet travels through the fire to a place where even regret / lies fast asleep (“The Red Eye” 58), where the sage dares to tell herself and the reader: You’ve got this (“A Sage Advises How to Firewalk” 61).

Selected by Poets & Writers Magazine as a 2014 Notable Debut Poet, Cindy Williams Gutiérrez is the first recipient of the Oregon Literary Fellowship for Writers of Color (2016). Her poetry collection, the small claim of bones published by Bilingual Press, placed second in the 2015 International Latino Book Awards.

Share. Twitter Facebook Pinterest LinkedIn Tumblr Email
Previous ArticleThe Kingdom Where No One Keeps Time by Helen Ruggieri
Next Article The Spoons In the Grass Are There To Dig A Moat by Amelia Martens