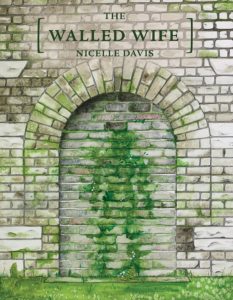 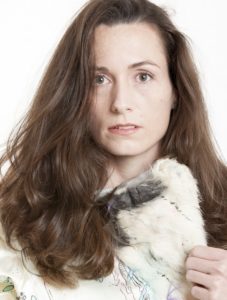 As she is buried [alive]structure is born.

The Walled Wife is a four-part structure with the beating heart of the speaker/wife, conscious and watching as walls are inexorably stacked, sealing her within. “Put her in it;/let it consume/her–” (“Footnote #6” 43). By structuring the book with walls of research, footnotes, and story, and by placing a modern sensibility in the center, Nicelle Davis creates an evolving structure: The Walled Wife emerges as an eternal building with a female voice immured within its framework.

Davis draws from two sources: “The Ballad of the Walled-Up Wife,” an old narrative/song from Eastern Europe, and from Alan Dundes’ collection of essays A Walled-Up Wife: A Casebook. The ballad, which deals with immurement and the belief that the soul of the person buried alive within a building’s foundation protects the structure (“Notes” 33), tells the story of The Wife, the youngest queen, betrayed by the other queens, who is immured in the walls of a church being built by Rada, the mason.

In the first section entitled WALL 1: CASE STUDIES, Davis includes excerpts from Dundes’ essays as epigraphs aiding with narrative arc and placing the action within the realm of history and academia.

The second section, WALL 2: FOOTNOTES, adds another layer of “bricks” to the tomb. The original ballad is pulled into the contemporary world as it footnotes each WALL 1 poem. For example, WALL 1’s “Flesh Price,” in which The Wife hears crying from the other side of the wall, ends with the footnote, “. . .a shore I know/how to cling to (30).” In WALL 2, the poem “Footnote #9 (cling to)” seals itself in, beginning and ending with “In me is a little girl I’ve locked away” (46). The footnotes also serve as a reminder of the cost of faith and sacrifice: honor killings, child marriages, sexual slavery, spousal abuse.

WALL 2’s The Wife inside the wall—the girl in the middle of the book—breathes and is given a voice:

A Friend criticizes: I’ve listened to you go on about this for hours.

Enough. Don’t you think this is out of time–we are past this?

You only love patriarchy because it’s familiar; why re-tell this

fucked-up story? Why rebuild a corrupt structure? Your point is? (“My Little Box Head Responds” 55)

In WALL 3: COUNTDOWN and WALL 4: MARGINALIA, the final walls which seal The Wife completely, we hear her message: “if he knew how much this hurts, would he continue to bury?/ What if he knew? I am a person?” (“The Wife Eats Her Last Meal” 82). For me, these poems are the most painful in an emotionally and intellectually difficult book. Davis masterfully gives The Wife a timeless history: the wife betrayed, the mother sacrificed, the girl objectified. WALL 3: COUNTDOWN is structured to narrate the time it takes to suffocate or starve to death:

Six Hours in
I piss myself
Eight Hours more
I shit myself. (“At the End of Day One” 71)

Most poignant, though, are the conversations The Wife has with the mason, her executioner, Rada, who stays with her on the other side of the wall until the end. They create a marriage: loyal to the structure (the church, the patriarchy) and dependent upon this thing that holds them in their places. Rada sleeps in a coffin outside the walls, and The Wife “can sleep with him here//though it is he who buries me” (“Lulled” 72).

The final wall, WALL 4: MARGINALIA, consists of only one poem. “The Only Words Worth Reading Are Written in the Margins” is a perfectly balanced construct of both the builder and the object (Rada/husband and church/The Wife):

There are nights
when the builder

puts his hand to the wall

With poems shaped as bricks—rectangular blocks—and poems with lines layered like bricks in a wall, Davis builds from the ground up, a new story. Her voice remains the mortar around the bricks. In a world where the female still faces humiliating and sometimes deadly objectification, the voice of The Wife buried alive within the walls is heart-breaking and timely. Nicelle Davis has constructed an edifice no less awe-some and awe-filled as Rada’s church.

Jennifer Martelli is the author of The Uncanny Valley (2016, Big Table Publishing Company). She is a recipient of the Massachusetts Cultural Council Grant for Poetry and is an associate editor for The Compassion Project.