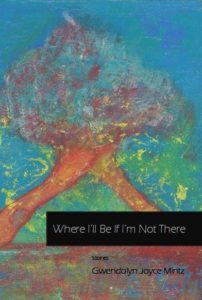 – It’s apparent from reading this collection of seven stories and from viewing the author’s blogspot that Ms. Mintz, a former assistant English professor, wants her stories to affect you and that she places writing at the center of her life. She has a compelling voice, writing in a kind of “dirty realism” style.

In her opening selection “The Story of My Life (So Far)” she takes an old dilemma and delivers it in a convincing new way. A teenager, trapped in an abusive family life, finds no recourse but to tell her story as she sees it. Near the end, the girl says, “Perhaps this is not a good story. ‘Cause who reading gonna feel something for me, when my own Mama don’t?” (10). In the telling, Mintz delivers her characters with spot-on dialect.

In “Getting Paid,” another teenager treasures her twenty-dollar bill earned by posing semi-naked before a drug addict who takes his salacious pleasure from viewing her. It’s her “first time.” She decides she values the earned money well enough to repeat the act. (The yearning for a rise out of poverty drives the story to its dark conclusion.)

The women and men in Mintz’s narratives live confined lives they can’t escape, often struggling against poverty and, particularly in the case of the women, succumbing to sexual abuse rather than attempting to escape it.

My favorite, “Where I’ll Be if I’m Not There,” sketches a man called “Straight.” He’s a recently released prisoner who walks a fine line between adherence to society’s laws and falling off the line. When we read the story, we feel we’re walking the tightrope with him. I loved this story for the way Straight considers how to maintain his work at the bakery, how to reclaim his former girlfriend, and how to re-establish a relationship with his daughter. As the story spins, we’re pulling for him, hoping for a good outcome.

“Where I’ll Be…” and the concluding entry, a description of a 2003 Manhattan Burial Ceremony in which former slaves were honored—“I knew we wouldn’t always be forgotten” (33)—are rendered with a volume of dignity that erases the despair of the preceding stories.