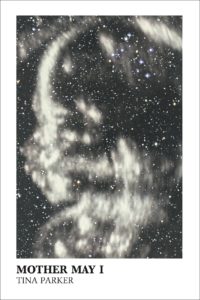 – When the 19th century’s Anna Laetitia Barbauld addressed the less-than-classical theme of motherhood, the terms “sentiment” and “romanticized” were not the pejoratives they are today. Indeed, the cultivation of sentiment or emotion was a middle class virtue. For Barbauld to sing her love for her children was quintessentially poetic. But what Barbauld could write to an anticipated child

For thee the nurse prepares her lulling songs,
The eager matrons count the lingering day;
But far the most thy anxious parent longs
On thy soft cheek a mother’s kiss to lay.
(http://www.poetryfoundation.org/poems-and-poets/poems/detail/43617)

we today cannot—even with a pronoun-and-personnel upgrade. In today’s squishy world of helicopter parenting, we have to prove that we don’t love our kids too much. One way to do this is to direct the reader’s attention to what is, even when our themes are inherently emotional and sentiment-based: infertility, childrearing, marriage.

Tina Parker’s admirably emotional themes connect with us through the prism of found language. The opening poem, “Stop,” in her collection Mother May I is a transcript of the unsentimental and sometimes cringe-worthy things actual 21st century mothers in trying circumstances have said to their offspring:

This poem is hard to read until you get to the last line, “Because I’m mean.” Suddenly it is clear that the speaker of all the foregoing rebuffs, objections, and harshness is not unconscious. Every mother everywhere will relate to that line. When my son was two or so, for example, I wanted him to sleep alone in his room rather than with me. One night, I even shut the door to his room after I tucked him in, a thing he could not undo. He wailed, he raged, he begged, he prevailed. The next day we watched 101 Dalmatians together. At the point where Cruella calls Horace and Jasper idiots, she storms out of the room, slamming the door behind her. My son turned to me and said, instructively, “She shut the door.” (“Because I’m mean,” I acknowledged).

There are two Mother May I poems in this book. In the first, the mother-narrator is talking to her own mother:

The simple language is deceptive. The speaker is tired of being responsible. She only wants to sit and breathe and attend to the interiority that is poetry. She is in fact suffering from what Betty Friedan termed “the problem that has no name.” The speaker continues:

This time, instead of closing the poem with a twist, Parker doubles-down on child-guilt. Like one of the children who could only keep pushing buttons in “Stop,” the adult-child of “Mother May I” bargains with her own mother for help. Again, every mother everywhere will experience some deep segue from this piece. In my case it was to remember a joke a friend told me: “My name is ‘Mom,’ and my nickname is ‘Mom, Mom, Mom.’”

The second eponymous poem, “Mother May I: a found poem from Wiki” is a very lightly edited version of https://en.wikipedia.org/wiki/Mother_May_I%3F:

Here and again in the two poems entitled “Questionnaire,” Parker acknowledges the presence of blanks in lives, only some of which get filled in.

My favorite poem in the book might be an actual transcription of something a child said or it might be the poet using the monologue format to show us the power of childhood. In any case, it is called “Gift”:

Mama I made you a red heart wrapped
in a purple sky. (34)

It’s the kind of poem that makes you want to sit and stare out the window, maybe write a few lines…

Judith Swann’s poetry has appeared in Mom Egg and in many other venues, both in print and online. Her edition of the letters of Nora Hall, We Are All Well, appeared in hardcover in 2015. She lives in Ithaca, NY, where she is trying to foment an e-bike revolution.