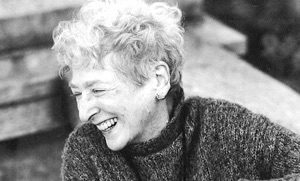 I want to define habit as that which it is easier to keep doing than to not do.

In my twenties I spent a summer with friends in Connecticut, a pain in everybody’s neck because I was never available for the day’s project or outing. I couldn’t, I said, go or do anything till I had done my day’s writing. My particular friend, a man older than I, had the solution. From here on, he said, I was going to get up mornings at seven and sit down and write, or not write as the case might me, and nobody need hear anything more about it.

I started getting up—no, not at seven but at five, at four! It took me the better part of a year to create the habit that has served me for sixty years. I still sit—now at the computer—from eight to one, seven mornings a week.

During these hours friends know not to call me. By hook or by crook I have organized my working life to leave mornings free. And I choose to think that my children have understood: If they were going to break a leg they knew to wait till mom finished writing. 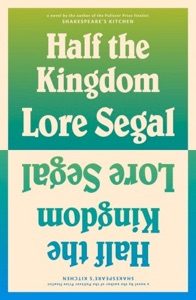 LORE SEGAL is the author of Shakespeare’s Kitchen, a finalist for the Pulitzer Prize, as well as the novels Lucinella, Other People’s Houses, and Her First American. She is the recipient of an American Academy of Arts and Letters award, a Guggenheim Fellowship, an O. Henry Award, and the Harold U. Ribalow Prize. She has written for The New Yorker, The New York Times Book Review, The New Republic, and other publications. She also writes children’s books and translates from the German. Segal lives and works in New York City. Lore’s most recent novel is Half the Kingdom http://www.mhpbooks.com/books/half-the-kingdom/