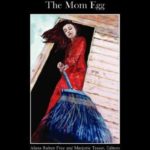 The Apogee of Consolation

The moon is a bent stick
behind the hunched back of
a crone cloud. I don’t want
to pray anymore
for fertility. The crone
hobbles into midnight and
awareness flourishes in the
great round rejoicing of
my eagerness to see. I want her
to be a friend of mine. I want her
to build my belly into light.
If she doesn’t give me what
I want
I’ll tear her from the sky
and butcher her airiness whole.

It is no good pretending
daintiness and supplication.
I will take my benediction,
skewering reluctant gods
to have my due and will.

At 3 a.m. the crone caws
and the moon comes running.
The wing of an uplifted sleeve
rustles my half-sleep
and I am
taken in.

I wake with a start
in a winter dawn
thinking
radiance is alright
but what I want
is blood.

I wanted literature and disciples.
I got shorthand and data entry.
I got what I deserved.
I got more than I bargained for
though I haggled, wheedled and whined
for whatever it was.
I got knock-knees and novel.
I’ll tell you sometime.
I got vocabulary big as Webster,
used it three times, got to keep it.
I could diagram, plot like a paranoid.
You got some nerve, they’d say.
I do. I do. I do. I got that too.
I got smart, smarter, gave it up,
but it came back, circled,
a cure worse than filing or typing,
a switchboard of boredom too busy to listen.
I got sustenance, the minimum wage
no more, no less, a car to gas,
a house to heat, nylons to run it,
children to shoe, and they grew, and grew.
I got them, I got them, and learned blueprints,
welding, got leather shoes and blue cross,
a hole in my stomach as big as a fist,
8 to 5 and return the library books,
welded to unfocused wanting, full of regret and rant.
I got two weeks, a raise a year,
merit and mother, the black wag
at the end of an ermine’s tail.

“Hug a tree, Lola,” I said
explaining that the tree
would be responsive—
it would lower its branches
and hug her back.
But Lola chose the wrong tree,
its trunk large, rigid and unyielding.
Her arms reached only
half way around.
She never got the warm response.

i traced the molding of the walls
round and round the rooms
i was always there, i couldn’t lose me
my rock hard heart pebbled my tears

unhappy children offend the world
with their small defeated shoulders
their flinches, their crossed arms
across sleeping chests and wide eyes
worry lines imbed themselves, spreading
across seven-year-old foreheads

they pee on each other’s toys
they break windows, they set fires
they rock themselves to sleep in daylight
they draw penises in library books
they don’t have good penmanship
they get no awards in assembly
they don’t care if you yell
they let their smiles drop to their knees
they say “motherfucker” when you say hello
they have little soft hearts and hot tears
their pillowcases have teethmarks
their socks don’t match
they smell sort of musty
they sleep with secrets
their necks are dirty

1. Ice Cave
So there was an ice cave and the ice was piled into blue milky plates. Stacks and towers of creaking, frosty cake plates. This old woman was exhorting me to ‘Push, push, PUSH! NOW!’ And I was furious because she was so loud and so vehement. She sprayed me with spittle while I was bent over a boulder. Or a big ball of ice. I didn’t know what it was. And I didn’t care because a clanging pain was ripping into me – deep. I howled like a tied-up dog. Soon this old woman shoved a pebble in my mouth and told me to bite down on it — hard. Then there was a baby on the ground. A baby was there on the frozen ground, wearing a mantle of vernix like hoar frost. Somehow this old woman and I had already gathered armloads and armloads of icicles. We built a fence with these icicles to protect the baby. I crawled inside the brittle enclosure and tried to nurse this pale baby I had born.

2. A Young Girl Speaks
One spring a tornado came and twirled our house around like a top, it landed in the river. All my goldfish died. My mom died, too. Everybody felt sorry for us and brought food to this ugly trailer we had to live in for awhile. In two days there were two hams and three turkeys, a chocolate cake that read make new friends in pink and yellow icing. Seventeen pizzas we had to take out of the boxes and wedge in the freezer. A case of chicken noodle soup and a case of dog food but we didn’t have a dog. My sister and I lived on miniature marshmallows and couldn’t have any pajama parties because there was no extra room anywhere. We used to cut big square shapes in the new sod out back with a carving knife and get underneath and pretend it was blankets.

3.Maiden Fish
The minute the matjes herring arrived Alice was back in Grand Central at the Oyster Bar’s serpentine, marble counter. She ordered a fillet and first bite — was slammed straight to Amsterdam: wolfing the silky fish with mounds of minced onion at a zinc-topped counter, early foggy mornings. The handiest remedy for chasing those super-sonic gin hangovers away. And what about that unhappy, unholy-how-beautiful French bartender who’d left his wife and baby-just-born because he might be gay after all? Alice haunted his bar for a spell, refusing to accept his confession. One night after hours she insisted he disprove his newer impulses by clocking him hard on a table out back. He. Cried. A little. She. Triumphant. As she zipped up her unraveling wool sweater and stepped into her boots so vainly secure in her dumb, red-blooded allure. Now 20 years later the maiden-turned mother identifies with the left-behind wife.

‘I should feel something shouldn’t I? was all I could think. I sat with Pam, my soon-to-be mother-in-law, facing my bridal party: Kerry, Rachel, Kim and Tony’s sister, Megan. We were riding in a limousine from my apartment, where we had dressed, to the church. It is my wedding day; this is supposed to change me in some way, isn’t it?

Perhaps picking up on my thoughts, Pam asked, “Are you nervous, Jenna?” She had taken to using my dad’s nickname for me.

“No, I’m not nervous,” I said steadily, turning to look out the window. We passed the time in silence.
Bubbles of laughter rose to the surface and disappeared before they became audible. This scene was far beyond cinematic. The kind of tragic comedy of soap operas and Sunday night movies: Daughter of older parents, dead mother, turns to sex to medicate her inability to see where she fits into life. Pregnant at 18, daughter marries man she doesn’t know while her child-bridesmaids, fresh from college dorms and high school, watch from the sidelines. Everyone pretends. No one wants to be there.
I almost suggested, we could turn around and go to the mall, I think, wouldn’t that be more fun? More appropriate?

I thought of countless hours of childhood play. The time spent dreaming of weddings and babies. These were others girl’s fantasies. I had listened and never understood. ‘This is not my story’, I repeated to myself. And so I sat in the white limo, in my white dress, with a cascade of red roses in my hands and played my role. I observed. I acted.

We arrived at the church and before I knew it I was walking down the aisle. My father was as stiff as the Tin Man from the Wizard of OZ. To me, this was just another show, sashay down to the altar, say my lines, done. Dad was making this difficult. Clearly he was making more of this than it was. We SLOWLY made our way, one foot in front of the other. I had to pry his arm away from mine when we reached the nave of the church. I was afraid he would forget to sit down, but he nearly jogged to his seat.

I rattled off my lines, my vows, still not feeling anything. Play the role, smile, gaze into his eyes, very good just like TV. Then it was Tony’s turn: “I, Anthony Zito, take you, Jennifer, to be my husband…” What? Back up, something isn’t right. Damage control, I started to laugh. There it was; real life, a moment of honesty, more truthful than anyone knew.

Tony righted the situation. All the guests laughed and we carried on like nothing happened: ring, ring, rice, rice, and off to the Hilton for food and drinks. Another day done

one thousand times
he has broken my heart

yet, when I am graced
with the chance
to return to him the other side of my soul

I return
so that we can pray together