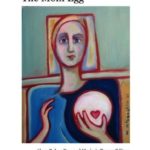 When I was 20
Me and my best friend Ama worked at Popeye’s
And after our shift was over
We’d change our striped shirts, wash our faces
And walk out into the life of the city
We’d stop and watch the mimes break-dancing to Michael Jackson
On old tape recorders
And never leave a quarter in the top hat
We’d walk by Toys R’Us
And watch the white people buy bags of toys for their kids
At a quarter to midnight
We’d walk down Times Square
And drink merlot out of a paper bag
And sometimes guys called out to us
And sometimes they didn’t
And sometimes we answered
And sometimes we didn’t
And one time a policeman
Wrote us a ticket for drinking on the street
But tore it up when Ama gave him her phone number
And he didn’t call and we waited for warrants
But they never came.
When I was 20
Me and Ama stole pregnancy tests out of Kmart
And peed on them in McDonald’s bathrooms
And they were negative and negative until they were positive
And we started the rounds of shelters and clinics and social service offices
And our boyfriends who were boys but not our friends went their way and left us to be mothers
And we raised the children, four sons between us, with a woman’s hand.
When I was 20
I dreamed of water
I asked my mother to sign for me
To go to college in Hawaii
And she would not sign
And I asked her to sign loans for me
And she would not sign
And my grandmother who had lived the past 50 years in New York
Said it was good
That I did not need to be away from family
And the days and nights of my summer were filled with dark meat, white meat, spicy or mild, fries, mashed potatoes, corn on the cob, extra biscuits
And I brought home free food and the family was pleased
And on Sunday afternoons when it was so hot that the air in the store did not move, we cracked open the door with a plastic dustpan, ate ice from the cooler, played the radio loud and sang
And customers drifted in and we ignored them and the manager made us scrub the walls with a dirty sponge and when he left we ate biscuits straight from the oven and told the customers we were out of food
When I was 20
I argued with my mother and Ama argued with her mother and we spent days walking up and down the same avenues with nowhere else to go, and we ran into a girl from high school that had graduated with a scholarship to Fordham College, and she was pregnant for the second time and lived in the projects with her boyfriend in Far Rockaway
And everybody had babies. Ama had babies and Tamika had babies and the dopey girl down the street whose hair barrette I once broke in a fight had babies all there was- babies and drop-in men and living at home with your mother until you went down to the EAU in the Bronx with your babies and your bags and applied for cheap housing and bounced from Tier 1 to Tier 2 shelters to your own place, and then you got a man and had more babies and got a stupid ass job somewhere or had some kind of hustle or did daycare from the house on the down low if the landlord was cool and then all of a sudden you were thirty and loud, a smoker with a lazy man and too many kids, somebody who thought Atlantic City was a trip and Virginia Beach was a vacation, but shit- who ever told you there was anything else anyway
When I was 20
I did not know I would
move so much
get rid of my weave
shave my head
give up cheese
was a polygamist
lay down with a man who loved me
would move to another country and live there
ever really write
be mother to many children
see spirits
had black woman African magic
When I was 20
I did not know
I would become so fearless
it was a wonder.

not air
not breath
not the open mouth of sea

not seer sucker
straw hat
rain bonnet
could protect her

not molasses
vat 19
not cry, not kiss
could save her

not mauby, wormgrass tea
not mother’s laugh
not her fingers braiding hair
could recover that year

look mother, here mother
here is that girl
heart neatly folded
like you taught her

Sorrow wears a mother’s hat.
Whether the war’s internal or in Iraq,
She knows when her udder eyes are full,
And bleeds even in menopause.