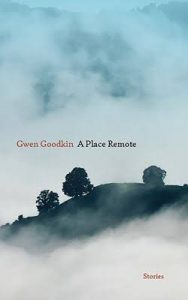 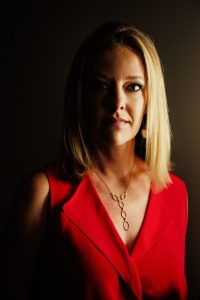 A Place Remote by Gwen Goodkin is a debut short story collection populated by unique characters that embody small town America. Life’s tragedies are on display in these stories, as random acts determine the individual character’s direction. If there was a theme for this collection, it might be the the unpredictability of life and the certainty of death. In the story, “A Boy with Sense”, a young boy witnesses his father’s drinking and infidelity leading to the breakup of his parent’s marriage. Carter finds a role model in Poppy, his grandfather who lives and works on a farm. He tolerates the scorn of his sister who calls him Farm Boy. Carter’s urge to please eventually leads him to deny his true nature.

In the story “How to Hold it All In”, time toggles between present and past, opening with the funeral of a childhood friend of the main character, Marv. A lifelong grudge is based on half-truths and assumption. Marv remembers a scene from childhood where he was with his two friends, Chic and Lyle, by the train tracks.

“See here? I bent to get a closer look. Sure enough, I saw thin lines and wide leaves and, underneath, small, green misshapen nubs covered with seeds.” (p. 41)

Calling the strawberries volunteer because they grew from the tops of the berries thrown from a train window, this image becomes a metaphor for relationships that spring out of nowhere, and the stories that are fabricated to curb gossip. A request for Chic to look in on Marv’s wife Harriet when he returned from the war decades earlier led to the suspicion of an affair and the subsequent doubt of the paternity of their only child. Like the strawberries that took root in nothing, resentment grows until Marv can no longer be friends with Chic. Old age has a way of softening the foolishness of youth, and this story is no exception.

My favorite story in the collection is a meta-fiction piece called “Just Les is Fine”. The story opens with a daughter planning a twenty-fifth anniversary party for her parents, Les and Joan. Like many of the stories, the parents have serious challenges including a porn addiction (Les) and a possible exercise addiction (Joan), the aftermath of a back injury and long rehab. It is symbolic that Les is an optometrist since his ability to see what is clear to the reader seems compromised. The story breaks away to character studies on Joan, Les, and their daughter, Carla. Italics are used for the character study but the comments from Les are bolded as he engages with the writer.

“You know, I’m beginning to resent these characterizations, mainly because this isn’t how I’d describe myself and frankly, I know myself best. But not in those brackets. I want to be out of the brackets. (p. 71)

At one point, the writer speaks directly to Les.

There are three linked stories, “The Key”, “Waiver”, and “As I Lay Living”.  These stories (not told chronologically) focus on the aftermath of a fatal car accident that killed a husband and father. The impact it has on his survivors create a chain of events that forever alter the lives of the characters. The son, Jimmy, witnessed his father’s death as they were returning from a hockey game, a sport his father never supported. His father had wanted him to focus on his studies instead of sports but finally agreed to attend one of his games. In “Waiver”, we come to find out the back story of the car accident as Jimmy tries to convince a recruiter to allow him to enlist though he was convicted of an assault. In the final linked story, the mother’s grief at losing her daughter to a random violent act and her son to the damage from witnessing his father’s death led her to question the role of women and men.

“Men and their weak pronunciations. They sell us empty promises like Women and children first.

A Place Remote is a stunning debut collection. It reminds me a bit of Richard Russo in its attention to the foibles of people in a small town. Gwen Goodkin demonstrates range, imagination, and heart in bringing these characters and their all-too-real stories to life.

Gail Goodkin’s stories and essays have been published in literary magazines throughout the United States. She holds an MFA in creative writing from the University of British Columbia and is the recipient of the Folio Editor’s Prize and the John Steinbeck Award for Fiction. Born and raised in Ohio, she now lives in Encinitas, California. gwengoodkin.com

Lisa C. Taylor’s books include two collections of short fiction and four poetry collections. She is the recipient of the Hugo House New Works Fiction Award, and Pushcart nominations in fiction and poetry. Lisa will have another collection of poetry published in late 2021.