The Best Literary Writing About Mothers and Motherhood
You are at:Home»Reviews»Book Reviews»If Mother Braids a Waterfall by Dayna Patterson 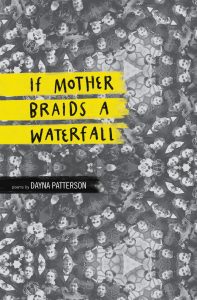 Dayna Patterson’s first full length poetry collection If Mother Braids a Waterfall is chockfull of Mormons. Their photos grace not just the cover but intersperse with and frame the poems throughout the book. (And reflecting some of the themes, the polygamist great-grandfather stands alone, the sister wives all together.) And it is chockfull of post-Mormons, those who choose to leave the church, but, as the poems explore, will always have it as part of their identity. The first poem, “The Mormons are Coming” combines that ominous refrain with all the benign and in fact helpful ways the Mormons will ingratiate themselves into your life. They’ll bring you diapers, they’ll feed your pets, but they will also deny your daughters the chance to pass the sacrament. And when the speaker leaves the Church, the Mormons won’t stop coming after her. There’s a chilling relentless in this poem that sets up major themes in the book: how to reconcile what is good in Mormonism with its destructiveness, and can one really get away?

Often spoken from the point-of-view a post-Mormon, these poems show great empathy for the ancestors, some who converted for “better marriage prospects, / men with more class than your last                    tooth and bruise” (14). The speaker often addresses the sister wives Susannah, Johannah, and Hannah and the competition they must have had over children, their husband’s affection. But the speaker does not judge their choices as she says in “Dear Susannah”:

My blood mother,
you stood at your husband’s trial and refused to speak,
a stubborn witness
content with your third. (42)

These poems respect women’s choices, but they also address how the Church denies those choices and subjugates women. The speaker’s mother left the Church because she was bisexual, an identity the Church does not support. As the speaker says to the mother:

You say you were afraid
to let me down again.
You were right then—

thirty years of Sunday lessons learned,
rules for heaven, hell,
made me a person you couldn’t tell. (79)

The rhyming couplet at the end feels like a door slamming shut, but Patterson counters that expectation by making the mother’s revelation a catalyst for the speaker also leaving the Church.

So, you have left the Church, but have you? “Still Mormon” a six page poem in 33 (the age the speaker was when she left the Church) short sections uses disparate imagery to explore being still Mormon. Some of the imagery highlights misery and betrayal like:

I’m Mormon the way skunk-smell lingers,
long after the boys lure it into the girls’ cabin
slam a wire cage over its surprise, its vicious
hiss-and-spray. (112)

Some focuses on beauty and safety:
the way a tethered astronaut turns to face the deep
black of space while loving the sun
on her back, the tug of her umbilical. (113)

Each image adds to the complex answer.

In one of my favorite poems, “Former Mormons Catechize their Children” Patterson addresses how to worship after you leave the Church. The worship options range from the Big Bang to Brahma, and the poem ends with the refrain “wherein lies redemption?” (74) According to Patterson, redemption lies in the Biblical prophets both male and female, but also the scientist, the poet, and the social activist. Patterson tells us redemption comes not just from the one Church but the deep wisdom of knowing people and telling their stories, including her own.

Deborah Bacharach is the author of After I Stop Lying (Cherry Grove Collections, 2015). She received a 2020 Pushcart honorable mention and has published in Vallum, Sweet, Pembroke, Helen, and Moria among many others. Find out more about her at DeborahBacharach.com.