The Best Literary Writing About Mothers and Motherhood
You are at:Home»Reviews»Book Reviews»Birthdays Before and After by Puma Perl 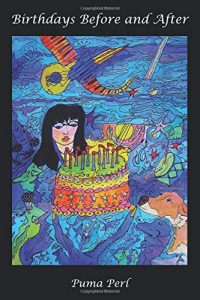 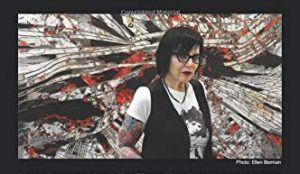 Birthdays Before and After, Puma Perl’s fifth solo collection, presents, as the title suggests, a compendium of poems, thirty-eight in all, in which she examines the woof and weave of her life. She recalls her birthdays and their aftermath, not necessarily in chronological order, as well as her adventures and companions along the way. This is a unique kind of poetic memoir where past and present alternate to create a document pulsing with life. The poems she creates bleed, breathe and foster a heightened awareness that is rare and amazing.The first time I sat down to read it I read it straight through, It was easy, even if the poem I was reading did not describe an easy situation, because of the keen ferocity of Perl’s observations and the great simplicity and directness of her language. Her vision cuts clean as an angel’s eye. She especially reminds me of Bukowski, one of her heroes. Like him she is never sentimental. As in the poem, The Stand:

Everyone reaching,
reaching for something
to fill the void of our today

Usually, I’d rather
walk the dog
but occasionally fall

One moment that feels
a little bit right
or at least
not completely wrong. (18)

The speaker in her poems retraces her false steps, her mistakes in love, but never blames others, taking full responsibility for the vector of her life. Talking about the failure of her marriage, she writes:

Bukowski, Diane De Prima, Ferlinghetti and Coltrane are her particular heroes, while Bowie and Lou Reed are eulogized. Lucinda Williams and Dylan are mentioned here too. Perl is generous in crediting other poets. I was especially pleased to meet the late Bob Hart again, as he is rarely honored. We also get to know her family and her fine families of friends.

Love and loss often take center stage here. Her husband is a suicide; an affair with a man who lives with someone else is doomed from the start, as such liaisons so often are. Nonetheless, Perl honors the power of love, the sheer beauty of it, the way it makes memories even more incandescent. Pity the one among us who does not know how that goes.In the poem, “It Was A Beautiful Summer” she quotes Vonnegut. “Everything was so beautiful and Nothing hurts” and then goes on:

Beauty every morning, lift the shades, sky hurting when it looks at you, your river and your mean mouth, crumbling like those filthy words.
Every morning it hurts to look at you, how did a New York City summer breeze through our lives. (62)

Birthdays Before and After is dedicated to New York City and the city is the leitmotif that weaves through the book. Perl was born and raised in Brooklyn. Early on she roamed city streets. This she and I have in common. She describes

Subway rides to West 4th Street, adventure, illumination, joining 2AM lost souls passing my room above the F train, humming trains promising places to go when finally, I get the fuck out of Gravesend with its good pizza, cages of MacDonald Avenue chickens awaiting slaughter, a street smelling of blood, death, car wrecks, and maybe a little bit of hope, trickling down from the elevated tracks (68)

The poem’s speaker moves into and then out of a slum apartment in Alphabet city. She moves into disappointments, despair and drugs, though she does get out of that last one. Perl continues to write her totally original transcendent poems.

Perl is always dressed in black, at least every time I’ve seen her. She likes to walk her dog. She understands the curative powers of good drink. She forms enduring friendships which she describes with exceptional tenderness. She keeps writing poems. She reads her poems, showcases other poets and makes music with her musician friends in varied downtown venues, calling their shows Puma Perl’s Pandemonium.

Birthdays Before And After is a mind-blowing book filled with wisdom and beauty, not to be missed.

In the end, Perl concludes:

I don’t think about the times
That I should have been dead
I don’t want what I don’t have
I don’t throw up in cabs
We make music and art
and drink too much
can’t ask for more
when you’re playing
with the house’s money. (78)

Tsaurah Litzky , a long time trendsetter in the margins, is a widely published poet. She also writes fiction, nonfiction prose, erotica, plays and commentary.Her poetry collections are Baby On the Water (Long Shot Press) and Cleaning The Duck (Bowery Books). Her most recent book isFlasher: A Memoir (Autonomedia). She is also a collage artist. She lives in Brooklyn, New York.