The Best Literary Writing About Mothers and Motherhood
You are at:Home»Reviews»Book Reviews»Horizon of the Dog Woman by Rebecca Pelky 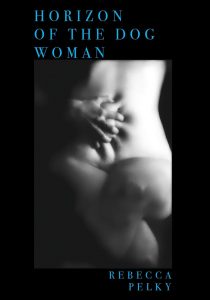 The past, present and future are melded tightly in Rebecca Pelky’s debut book of poetry, Horizon of the Dog Woman. These poems sing of a traditional Native American philosophy of life. This philosophy encompasses generations of Native women who have chosen to exist within the continuum of colonial oppression. In Pelky’s worldview, the ravages of colonialism still resonate.

The image of the “dog woman” embodies the strength of the feminine principle and its ultimate sacredness from which life springs. The dog image is also a constellation in the night’s sky and an archetype. Pelky expertly and elegantly explores all of the literal and figurative avenues that such an archetype presents.

Pelky’s tribe, the Brothertown Indian Nation of Wisconsin, is one that has not been federally recognized, yet. Pelky, perhaps in defiance of a government that prides itself on compartmentalizing human beings, references the “seventh direction” in several poems. In “New Haven, CT,” she writes, “My stories too/are perch and circle and kin/who sing from the seventh direction” (50). And in “Brothertown,” she states, “I will answer only to them,/the seventh direction, for my existence” (26). The seventh direction in Native spirituality is the individual herself at the center of the medicine wheel and is the connective tissue between what was, what is, and what will be.

Pelky informs us that “when I am asked, who are the Brothertown Indians,/I answer that we are here, intermixed/with the general mass of mankind” (26). This observation is as deceptively magnanimous as it is compelling; it basically holds us all responsible for the precarious existence of an entire group of people.

Equally compelling is the idea of motherhood. In “For Women Who Don’t Want Children,” Pelky recognizes that the pull to nurture is ubiquitous and she reveals that “For a long time I felt guilty about distance/between myself and a vision of little hands/curled in the cup of my hips” (19). Yet she concludes that motherhood’s true strength is one that is “steering my hips toward the human race” (19).

This responsibility and empathy for others is echoed in the eponymous poem, “Horizon of the Dog Woman.” Pelky identifies with a sisterhood of women, “by women named Lucy and Mable who live in my stroma,/ … It is we who scrape the fat/and flesh from the hide and salt it, salt it, salt it” (27). Salt represents life, civilization, and ultimately, purification. The fact that it is women who preserve the food of the people speaks volumes about the sustaining power of the feminine.

Pelky’s emphatic nod to women and their unique ties to the natural world is clearly and plainly expressed. Women are not fragile and weak; they are, in fact, both “the slayer and the slain” (43). They are “not a collection/of petals to be plucked one by one” (43). Further, Pelky implores us instead to “Tell me this body is enough … “ and “Tell me/the ocean will snow a thousand starfish to my mouth” (43).