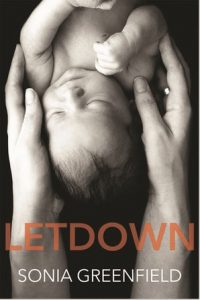 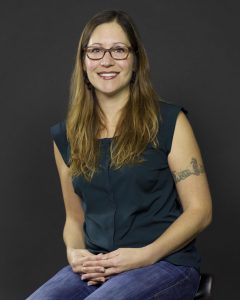 What is it about a sick boy that renders him gorgeous? . . . . Is it how I can gather all of your heat to me and feel the fight that boils there? Is it how illness begets stillness and stillness makes portraiture? Boy in a mother’s embrace—your head burning against my shoulder, your body overflowing my lap. (87)

Sonia Greenfield’s Letdown, a collection of 64 prose poems, seeks to explore the “gorgeousness” of a “sick boy.” Greenfield’s poems recount the story of quickening, labor and the journey of a mother of an extraordinary child with special needs. The poems describe a movement of physical and emotional development, entwining the parent and child in a chromosomal pieta, a helix.

Greenfield’s choice of the prose poem is brilliant. On the page, a prose poem appears to be a narrative; there are no line breaks; prose poems don’t look like poems. Yet, the form forces—insists upon—poetic syntax and all its beauty. Listen to the sounds of #13, in which the boy seizes as they are driving:

The ambulance met me where I stopped between three major freeways. Later, your fever lingered, and your brown eyes brimmed like a calf’s. You clung to me while I sat and let my own sweat rise.

As a narrative device the prose poem reflects the passage of emotional time as well. While the essence of a mother’s fear may never change, it can morph from one form to another. The syntax in #44 moves like the water Greenfield uses as a central image:

This boy reflects the form of a prose poem: a perfect blending of many things. He, too, is described as a hybrid: part mother, part son, some magician, all love. In #58, Greenfield writes

So you use your fingers to make a heart, then break your two hands apart. I hold each hand in mine to make two hybrid wholes, to mend, to Frankenstein our beaters better again . . . .” (86)

The boy’s magic transcends and transforms his own physical limitations as well, “. . . you twitch your way in and grab a wand from your pocket. Well, not a wand, really, but a stick of lightning to trace constellations on the ceiling. Well, not a stick either, to be honest, but a mind that makes these things out of dendrites and synapses . . . .” (#16, 89)

Letdown is a physical book, using the etymological and scientific terms of diagnoses, pregnancy, and infertility to underscore both the musicality of this journey, as well as the infusion/intrusion of the medical world. The words are multi-faceted. The title of the book, Letdown, is a nursing term, as well as an emotional one. In #36, Greenfield describes lactation, as well as duality and time.

When you were born, you latched to fill the bowl of your hunger. You pulled and pulled, then I pumped three ounces of pure colostrum into a bottle the size of your father’s thumb, and you drained that. Then my milk came in with a rush. We were synchronized. (58)

Greenfield ends this poem with dictionary definitions of letdown: “1. a letdown in egg production. 2. Her husband’s earlier refusal for more children was a letdown. 3. She felt a terrible letdown at the end of her fertility.” Thus, the poet creates a passage of time, a narrative by the different aspects inherent in the word. Almost as a mirror image of the son’s growth and development, Greenfield’s miscarriages recount a reversal, the incubating of a “ghost-baby.” This is most poignantly rendered, again, through Greenfield’s dissection of the word: the root of Pseudocyesis in #48:

She cleaved to my ribs and hung like a fruit on a vine, how my belly grew around her secret gift, girl eternally and always unknown.

The prose poems in Letdown are true and heart-breaking. Sonia Greenfield’s address to the son is a story rendered in all the frightening aspects of love and its entanglements. “You ask to swing tandem with me, so we share one swing. We are casting a spell over the land. You ask me to pretend you are a baby, so I swing and soothe your cries. We make believe I am comforting you, and you comfort me.” (#56, 81) Letdown challenges us to try to extricate the child from the mother; the poetry from the prose; the root of the word from its meaning. But why would we want to? As we travel this emotional journey in Letdown, what remains is the grace in Sonia Greenfield’s words, the blessedness of transformation as “fireworks become exclamation points sparking the sky with chromatic rain.” (#18, 36)