The Best Literary Writing About Mothers and Motherhood
You are at:Home»Curated»M.A.M.A.»M.A.M.A. Issue 40 – Anna Perach, Art, and Jane Yolen, Poetry 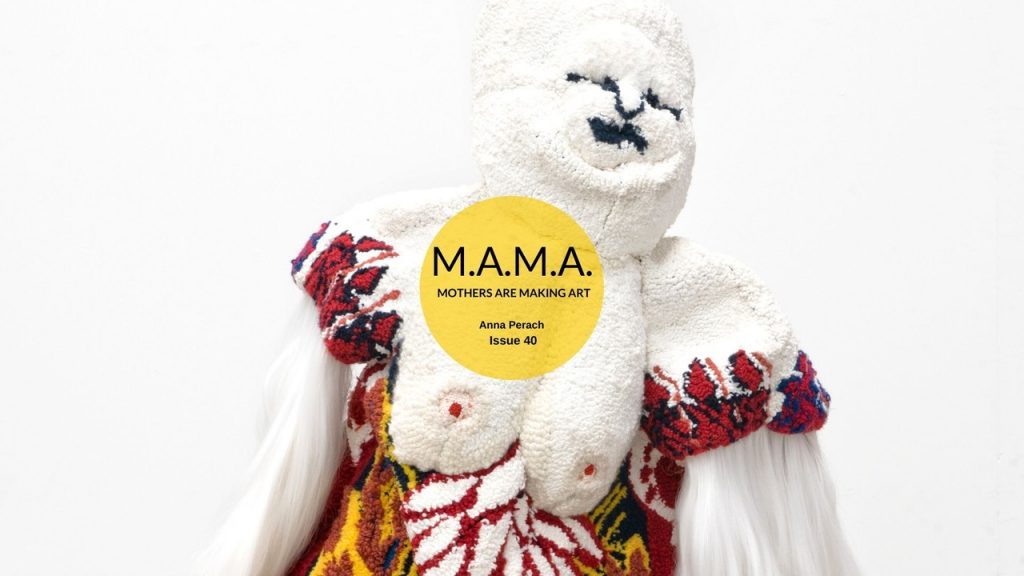 Anna’s practice is informed by the dynamic between personal and cultural myths. She explores how our private narratives are deeply rooted in ancient storytelling and folklore and conversely how folklore has the ability to tell us intimate, confidential stories about ourselves. In her work She synthesises female mythic characters and retell their stories while placing them in the current climate. By doing so Anna creates an experience of eeriness, evoking a sense of both familiarity and distress.

Anna’s main medium of work is wearable sculpture and performance. She works in a technique called tufting, making hand-made carpet textile which she transforms into wearable sculptures. The sculpture functions as both a garment that is performed in as well as an independent sculpture. Through this choice of medium Anna is interested in exploring how elements associated with the domestic sphere operate as an extension of the self and reflect on one’s heritage and gender role. Her performances reverse this dynamic and exhibit the private domestic carpet as an external masquerade both exposing and hiding fragments of the self.
https://www.annaperach.com/work

I saw my mother undressed once.
There were ribbed scars on her back.
I rubbed my point finger
lightly over one of the ridges.
She shuddered at my touch.
I asked her if it hurt.
She said it was a reminder,
her voice almost cooing.
I was too young to understand.
Years later when they took my wings,
before I could even stretch them,
before the air had foiled around them,
I remembered that day. My daughter
and her daughters will never go
under that particular knife.
I will keep them safe, hidden
till the wind can lift them.
There is so much sky.

Jane Yolen has published over 376 books. She has worked in almost every genre possible. Her books include several NY Times bestselling children’s picture books, prize-winning short stories, and poems. Six colleges and universities have given her honorary doctorates. She was the first writer to win the New England Public Radio’s Arts & Humanities award. She’s mother of three (all in the book business) and grandmother of six.

M.A.M.A. is a sustained collaboration among The ProCreate Project, the Museum of Motherhood and the Mom Egg Review, in which we pair and publish the work of artists and writers who are mothers. Scholarly discourse intersects with the artistic to explore the wonder and the challenges of motherhood. Using words and art to connect new pathways between the academic, the para-academic, the digital, and the real, as well as the everyday: wherever you live, work, and play, the Art of Motherhood is made manifest. #JoinMAMA