The Best Literary Writing About Mothers and Motherhood
You are at:Home»MER VOX»Sacred Spaces 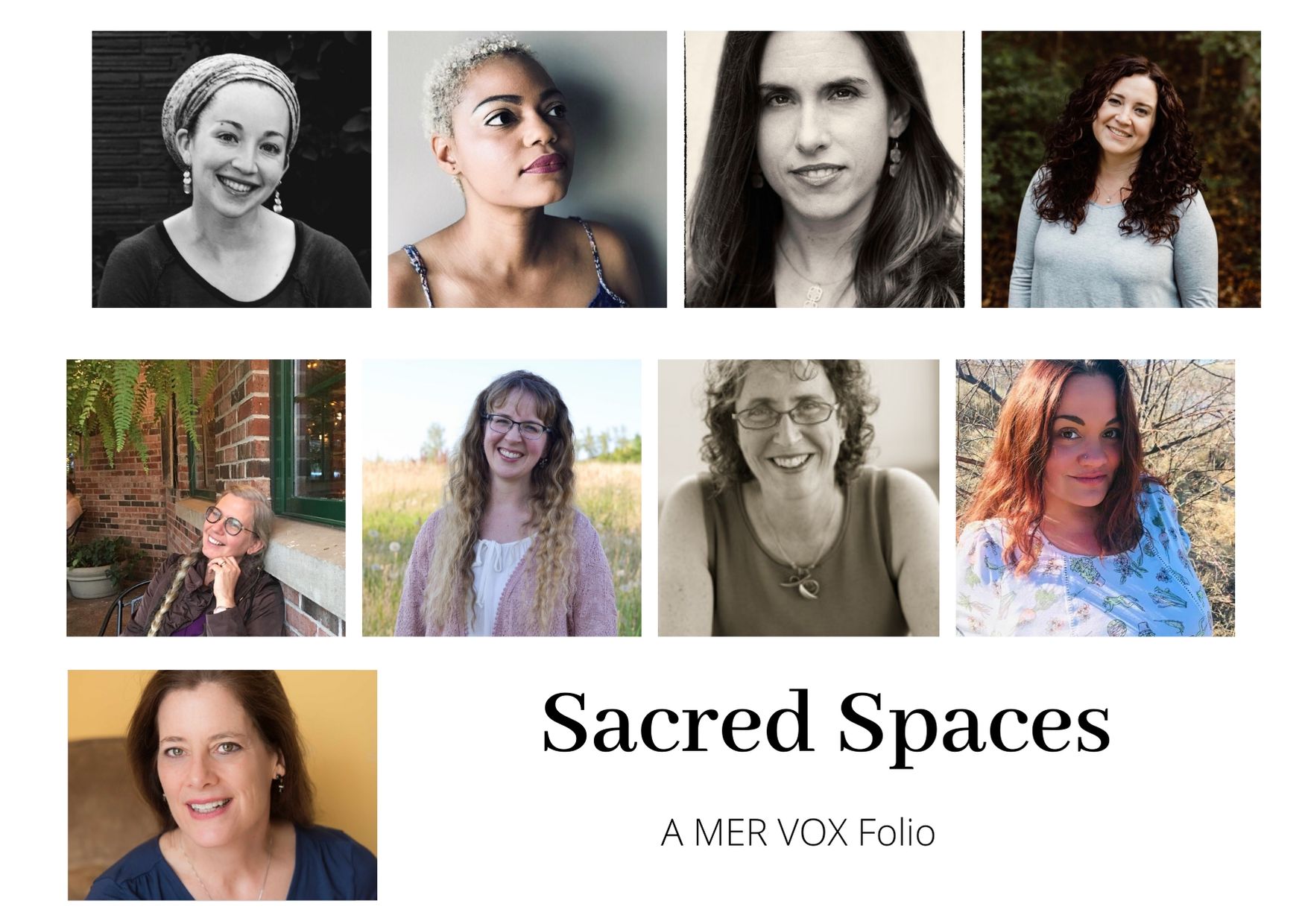 In her poem, “We manage limited resources against unlimited needs,” Angelique Zobitz writes,

So we cleave to one another

The poems in this VOX folio explore the nature of this cleaving: the need for community and the spaces we create for this cleaving as mothers. This closeness—whether to a child, a partner, the reader, or a spirit—resonates in these poems with truth and language.

Adina Kopinsky’s poem, “Holy Ground,” weaves the story of Moses with the story of motherhood as she reminds the son, “If you met a burning bush you’d know what to do.” The poems are earthy, grounded in our world, even as they reach out to the spiritual or the sacred. Tiny Kelley’s, “Like You Are, for Me,” an address to a father who has passed, finds its heart with the child who states, “Mommy, chocolate cake is more better//than crying.” A mother’s language is at times stifled by grief, as in Allison Blevin’s “The Name in the Doorway.” Mary Buchinger Bodwell speaks to this conflict between the isolation of motherhood and the importance of connection, even familial, in her haunting and haunted poems, when she claims, “I know there are others somewhere/in another part of the house…”

And these are poems of the home, of the household. Dayna Kidd Patterson’s, “Aunt Norma,” a paean to a woman who entered another household “helping Mom, after Mom’s break down, to find an apartment.” Deborah Bacharach’s poem, “The Polyamorous Understand You Don’t Understand,” literally glows with a fraught togetherness,

carry this son’s pumpkin,
from her condo to my porch.

But at times, it was we, the readers, who complete this sacred space. The poets are telling their stories to us. Anna V. Q. Ross incorporates mythology with the hard truth of motherhood: we must release our children into a dangerous world. In “Wrestling with Gods,” the mother watches the son in play-battle,

Do we practice these battles

because we already know the ending—
static, heroic, named? Troy, Antietam,
Dunkirk, Saigon, Mission Accomplished
You be Achilles and I’ll be Thetis.

What a joy to read these poems that raise and honor the intimacy of mothers. Our spaces are truly sacred. As Jennifer Givhan states in her poem/prayer, “Retablos & Other Miracles,”

It is our pleasure and honor to present the work of the following poets:

We hope you savor this space as much as we have!