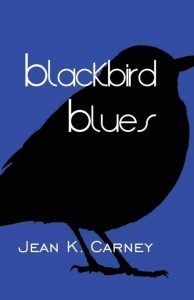 Although she dreams of being a jazz singer, entering the convent feels like a way for eighteen-year-old Mary Kaye O’Donnell to escape her dysfunctional family. That is, until she learns that she’s pregnant. The one person who could help Mary Kaye navigate an unwanted pregnancy in 1963 Chicago is her voice coach and mentor, Sister Michaeline, who dies suspiciously as Jean K. Carney’s luminous debut novel opens. Carney, a former award-winning reporter, editorial writer, and psychologist, offers a nuanced and powerful exploration of women’s choices around pregnancy and motherhood in the decades before Roe v. Wade.

At Sister Michaeline’s wake, Mary Kaye encounters Lucius, an older black jazz musician who was close to Sister Michaeline before she joined the convent. He gives Mary Kaye the Sister’s “Particular Examen Book,” a journal she began when she joined the convent in 1947. Journal excerpts, interspersed with Mary Kaye’s growing friendship with Lucius, offer Mary Kaye a deeper, and more troubling, insight into the life and losses of her mentor. Mary Kaye’s neighbor, Judge Engelmann, who has introduced Mary Kaye to the civil rights movement of the day, is an important counterpoint to Mary Kaye’s conservative family, and a sounding board as she tries to figure out possible connections between Sister’s death in a highway accident, the nuns’ prison ministry, and her boyfriend’s family.

Sister Michaeline’s journal entries about convent life and faith offer an unusual lens through which Mary Kaye considers her options as a pregnant teenager and pursues her inquiry into the Sister’s death. Lucius is part of this process, introducing her to the world of jazz, giving her the opportunity to sing in the club where he plays, and eventually introducing her to his incarcerated son. Mary Kaye tries to understand, and eventually repair, Benny’s broken relationship with his father and his use of nursery rhymes to communicate his pain obliquely.

Music is a strong character in this novel; the love of jazz is shared by Mary Kaye and Sister Michaeline, by Lucius and Benny. Throughout the novel, Carney’s descriptions of the music and the emotions it evokes in both musician and listener are sensual and lyrical. The first time Mary Kaye attends the jazz club, she experiences a previously unknown community of music: “The music was in their bodies. They were moving together with the beat, but each separate body moved in its own way, as if listening and responding in its own style. The lady at the next table moved with her eyes closed. Where did she go?” (116).

Running through this novel are the complex issues of having children or not, mothering children or not. There is nothing didactic or sentimental about the incarnations of mothering in this novel. Carney leads the reader through the decisions and emotions of love and loss, of ending a pregnancy, and of abandoning a child. This is an author who knows grief and shares it in stunning prose:

“I know grief in all its shapes and colors. Fiery red grief with jagged edges. … I know the hollow sphere of black grief. … I know the dingy-brown watery grief that has no shape. … I know shallow grief, aluminum-gray and flat. … I know the rusty-brown scabby patches of itchy grief. I touch nothing. Nothing touches me” (133-34).

Carney takes on a great deal in this novel. She weaves together the coming-of-age story of a spunky teenager in trouble, the limited options for women in mid-twentieth century, the internal religious life of a nun with a painful past, and the possibly politically-motivated killing of activist nuns, all in the context of the musical and racial culture of the time. For the most part, the author handles these several themes with grace, maintaining a comfortable pace even when digging into uncomfortable subjects. Left unsettled is the possibility that political sabotage caused the Sister’s death.

Most importantly, Carney tells a good story, one that is nuanced, thoughtful, and emotionally powerful, while offering the reader a tapestry of personal and political inquiry into the complicated issues of civil rights and reproductive choices. In our times, with reproductive freedom once again at risk, Blackbird Blues is an important book, as well as a very good read.

Ellen Meeropol is the author of Her Sister’s Tattoo (forthcoming 2020), Kinship of Clover, On Hurricane Island, and House Arrest. Her essays are published or forthcoming in Lilith, Guernica, The Writer, Writer’s Chronicle, and The Boston Globe.