The Best Literary Writing About Mothers and Motherhood
You are at:Home»Features»Gallery»Camille Aubry – A Journey to Motherhood

Camille Aubry – A Journey to Motherhood 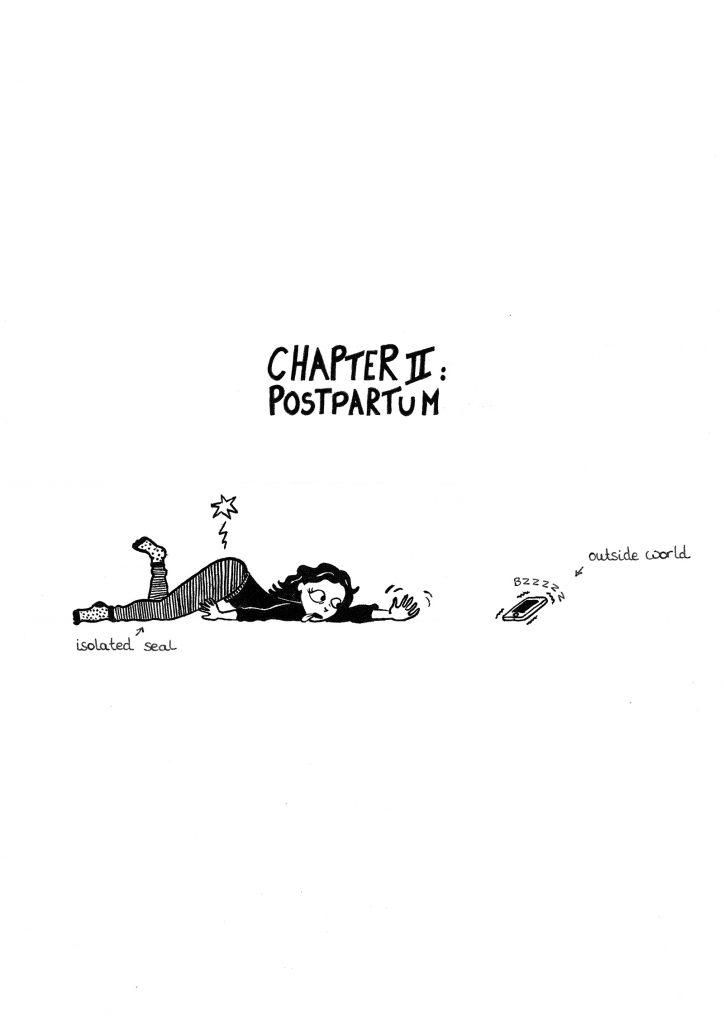 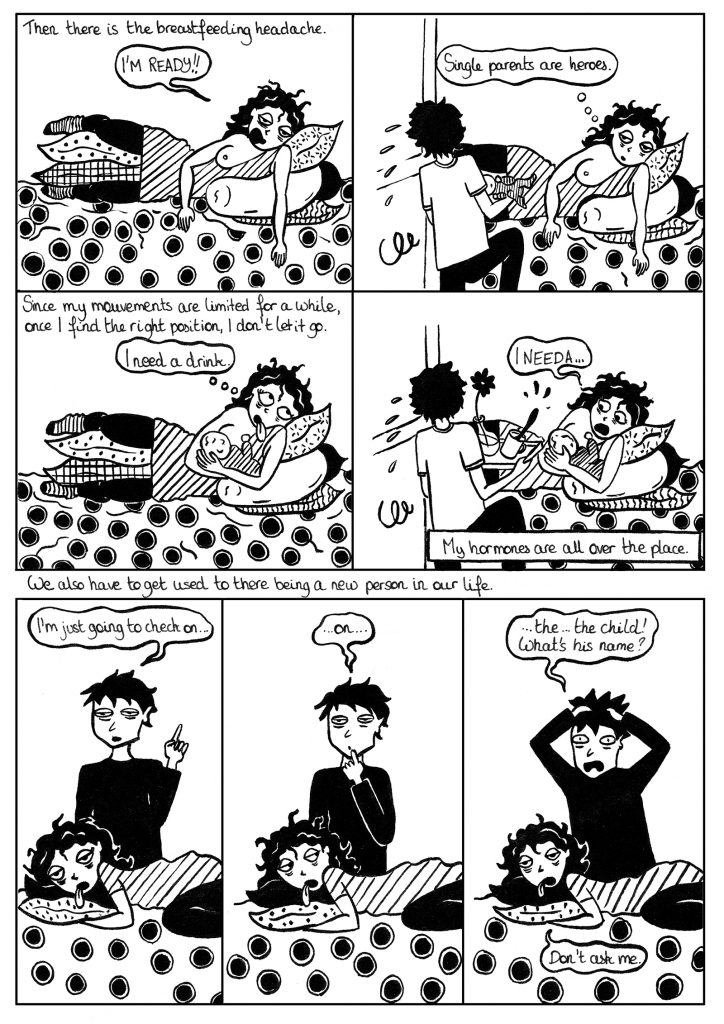 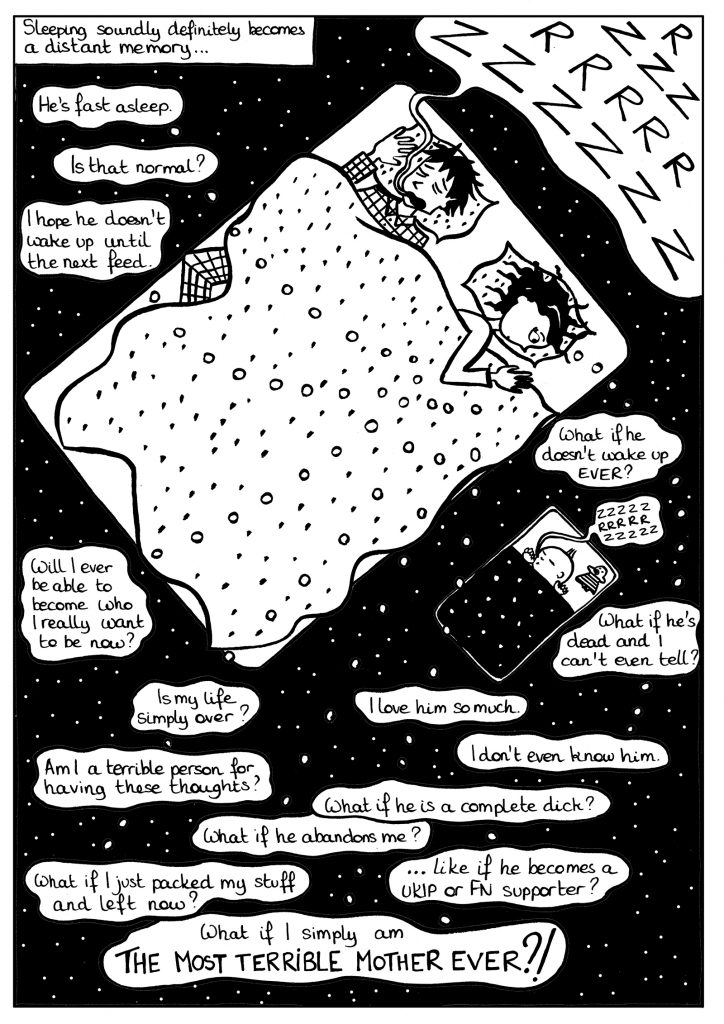 I am a French illustrator and cartoonist based in Bristol, UK. I explore the subject of motherhood in my artwork, and more particularly through my comic book A Journey to Motherhood. The project was this year long listed for the Laydeez Do Comics Prize. As a side project to this long form graphic novel, my self-published book of cartoons Toddler Moments was selected as part of the April line-up for the Laydeez do Comics event where I was invited to present the project to the public. The book was recently reviewed in Broken Frontier and described as a “witty spin on the trials of parenthood”.

The second chapter of A Journey to Motherhood focuses on the postpartum period. Overall the comic book makes testimony to all the aspects of society that one witnesses when becoming a parent such as maternity, childcare, working parents, health, finance and education with a wry and cynical twist. It is a rebellion against the “how-to” parenting guide and the injunction to be a perfect mother.

Camille Aubry is a French illustrator and comic book artist based in Bristol. She studied architecture before graduating from an MA in Illustration at Camberwell College of Arts. Her on-going graphic novel “A Journey to Motherhood” was long listed in both 2018 and 2019 for the Laydeez Do Comics Prize. She is the co-founder of the French multidisciplinary collective Sans plus Attendre with whom she has worked and exhibited internationally.