The Best Literary Writing About Mothers and Motherhood
You are at:Home»Reviews»Book Reviews»Throwback Thursdays by Margie Shaheed 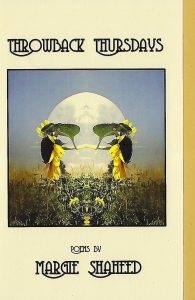 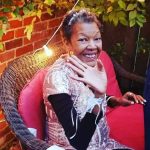 There is something particularly poignant and wistful about reading a posthumous collection of poetry, and, in some cases, a bit startling when reviewing it. Margie Shaheed’s personal and evocative vignettes of growing up and into womanhood lift off the page with such vibrancy and immediacy that the reader immerses in each moment and rite of passage rather than simply being a witness to a series of intimate, narrative events. In these fifteen poems we feel the indignation, determination, bravery, and spirited persistence of a contemporary black woman who grappled with the turmoil of a mother’s love and finding her own place in a changing but sometimes unforgiving society.
At the outset, we are thrust into a scene that epitomizes the poet’s moxie when she, in her young teen-hood and holiday finery, makes an escape from her mother, the sleeping beast. “Runaway Child Running Wild” sets the tone for our excursion into captured moments from this tempestuous relationship:

easter sunday saw me sneak to the kitchen window
jump out of it while mama slept on the living room couch
white gorilla faux fur jacket, pink floral dress
white tights, black patent leather shoes
only clothes on my thirteen year-old back
running to a place far away from the stench
of my mother’s heart. (p 1)

We also learn of the fierce love her mother possessed in pursuing her nervy daughter’s return after impetuous outings and collusion with mischievous adults. In “Caught,” the poet is brought home after being “asleep in a neighbor’s bed after being/ up all night playing with friends…”
(p. 2) and essentially rescued in “Hidden Away,” where she first reveals “my adult compadres hid my fourteen year old/ self in the pantry when mama came/ knocking on their door looking for me/ they said I wasn’t there.” What was viewed as a collaborative gesture (“I stood still in the darkness not breathing…”) became, in adulthood, a cautionary tale and realization of her mother’s wisdom:

thinking about it now, mama was right to come get me
my adult friends’ motives for harboring me shadier
than an old dirty man’s mind.

The indignity and despair of poverty is transformed through the visceral recollections of “Rock Star,” (p. 4) and “Under the Big Top” (p. 12). In the first, impatience to wear a new outfit to school elicits an excessive response by classmates (“applause erupted when I entered the classroom/ /…classmates became a flash mob exalting my virtues…/ / / / the poor girl had finally changed clothes…”). In the second, a worker from a “big brother agency” who “…looked like pictures/I’d seen at church of jesus christ”) takes her and her siblings on an outing and creates an odd grouping for public viewing. She observes that “we became a herd of exotic/ animals on exhibit at the circus.”

There are poems that touch upon politics and societal strife, the heightened tensions of family life and early lessons of injustice, recalling “The Hough Riots” (p. 8) and how her neighborhood became “an urban war zone” where

at night mama cut off the lights in the house
darkness forced us to whisper
gathering at the windowsill like baby ducks.

In “Talk Ain’t Cheap” (p. 13) the poet describes herself as “…a faint smudge on the window,” hearing about the indignities of incarceration,

and where, ultimately, “…they throw the keys in the river/ where they work you for the wage of a slave.”

The complexity of growing pains, poverty, prejudice, and hard-won self-possession is grounded in an appreciation for maternal struggle and love, stated eloquently in “What I Wish I Could’ve Done (p.6). In the brief poem “Life Lesson,” (p. 5) we feel the emotional blood line connecting mother to daughter:

poetry ran through mam’s veins like blood
runs out of a slaughtered pig—fast and hot
she said life was nothing without the poem
to clarify its existence. I believed her.

Throwback Thursdays presents a poet’s coming of age, facing adversity, both personal and societal, and rises with a spirited, determined voice—Margie Shaheed’s continued gift and legacy.