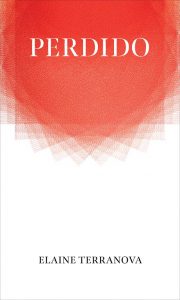 Perdido, the word itself, is so many things: the title of this book, the title of a poem in this book, a sprightly jazz standard about squandered love, the Spanish adjective for “lost,” the name of a man who read his poems at the “North Star on Mondays,” (72) a street in the New Orleans Central Business District near what is now the Super Dome, and a thousand other riffs that are meaningful to me in my experience that may not be meaningful to you in yours. And that’s just the start of what Elaine Terranova will do to you in her book, Perdido. In this collection of masterful free verse, every word of which is luminous with the quiet detail of its title, she accompanies you through the graveyards where her loved ones rest “after they’d finished living, as they might at the end / of a heavy meal.” (60) Loss is just a part of the continuum of possession, in the divine sense of that word.

Perdido is a dedicated to the memory of Terranova’s friends: jazz musician Russell Astley, colleague Nina Auerbach, poet-activists Henry Braun and Dorothea Grossman, performer extraordinaire Frank Moore and friend Joan Landis – gone, every one. Poetry has always been tied to memory and has often been tied to music, but in this book Terranova – with matchless grace – plants its flag in loss. Like jazz itself, Terranova’s work is a series of shifts in perspective that sound different when matched to different melodies. She remembers with a certain sharpness her father’s shop:

where on a lathe he rhythmically cut facets
into the irregular rockface of a diamond. (42)

In an unsent letter to Grossman, though, the words are languid:

I sat with the leaf pile and sorted
on one side, those with something to say,
dull rust of the mute ones
that rubbed together into nothing
on the other. Thinking what you passed
on that journey across (61)

She sorts the leaves of the Iliada into a pile of words (“something to say”) and a hill sucked free of spirit. Terranova knows leaves. In “Mimosa,” the “fringe of leaves” is the curtain that shields pink flowers from their ravager, like the protective space of the car shields the swimmer changing into her bathing suit. (19). In “Left Fork,” the leaves cover up the path the suicide has taken, bringing with him the “shining wand of a shotgun.”(26) “Shadow” is a poem consisting entirely of similes for a leaf’s shadow:

It flinches like thread
I hold to the needle’s eye.
Like a butterfly shaken loose
by wind from the throat of a lily
Like a sigh dispersing
the withheld breath.

Life’s shadow is death; and like the leaf’s shadow, it can be as much a universal, natural event as it can be a cultural perspective, a human-centric occasion. Terranova’s clean diction reminds one of the Russian Acmeists or the French Parnassians, and yet its internationalism is undeniably American. In her poem about Allen Ginsberg playing his harmonium in a “natural stone amphitheater / of Upper Black Eddy, Bucks County,” (32) she says:

I’d thought a drone
was a bee, was a motorcycle vroom,
or overpowering alarm…

and it became an om

You don’t have to be dead to live a death-in-life. (And whose place is it anyway, to make this judgment?) But Terranova writes about the phenomenon of reclusive adolescents who withdraw from social life, abetted by parents and the internet, hikikomori as they are called in Japan (37):

I have a window I keep shuttered
and a video screen

Last night I sat for the last time
in the lap
of the 27-year-old sofabed,
its age, the age
of our marriage.

Terranova has published a half a dozen full-length collections, two chapbooks, and a translation of Euripedes’ Iphigenia in Aulis. Her work has appeared in the New Yorker and APR as well as in multiple public poetry projects in the Philadelphia area, where she has also been active at the Kelly Writer’s House. She has affiliations with multiple colleges and universities in Pennsylvania and beyond, and currently teaches Creative Writing at the Community College of Philadelphia. She is someone you can learn from: so if you haven’t already, read her work.