The Best Literary Writing About Mothers and Motherhood
You are at:Home»Features»Gallery»Marianne McCarthy – Dodging Bullets in the Unseen World

Dodging Bullets in the Unseen World 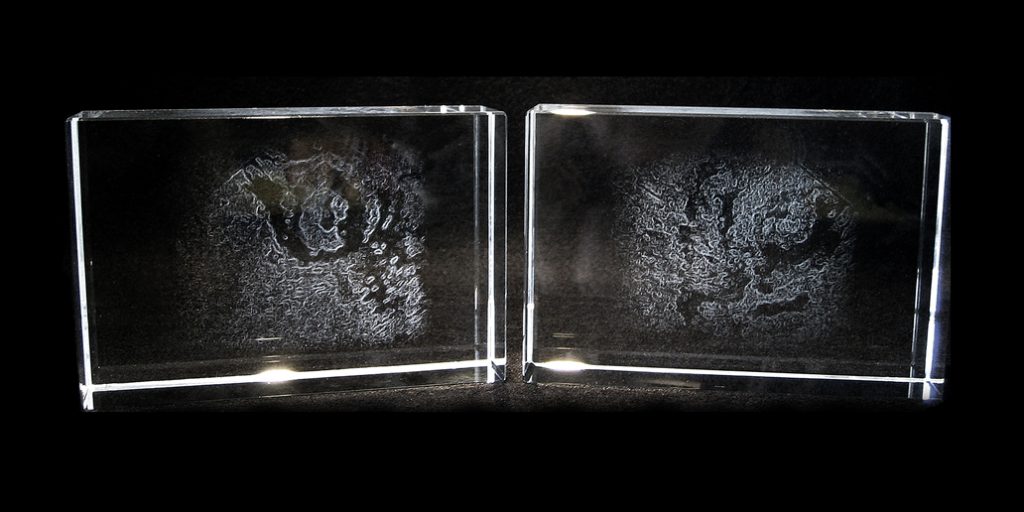 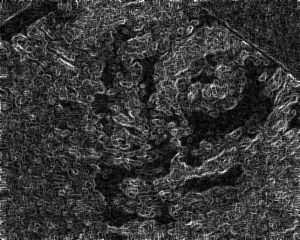 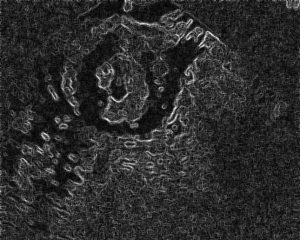 This work attempts to explore the notion that there exists a kind of reciprocity between our visible world and the unseen world, through which spirits or life energies reluctantly recycle. In this balanced but mutually myopic process, a death in our realm is a cause for great celebration in the invisible world, as a birth or a homecoming. Accordingly, the joy and anticipation that greets a newborn baby in the visible world, is felt as a loss in the unseen world, as a beloved spirit sadly “passes” into the realm of the visible.

The amorphous impressions within these crystal blocks, while possessing characteristics of many different natural phenomena, derive initially from crude sonographic images of two consecutive pregnancies, (my own) both of which would ultimately end in miscarriage. For me, a sense began to emerge of a hesitant spirit, disinclined or frightened to enter (re-enter?) this world. In turn, it raised questions and illuminated truths about my own ambivalence around the subject.

As a material, crystal has long been associated with the ability to transmit images of the past and future. These blocks play upon this idea. The images within are meant to function in two ways, as captured visions of the past and as transmissions of hope and nascency to reluctant spirits.

Marianne McCarthy is an artist and educator living in Brooklyn, NY. She is a graduate of The School of Visual Arts and a member of the faculty at The Spence School. See more of her work at www.mariannemccarthy.net