The Best Literary Writing About Mothers and Motherhood
You are at:Home»Features»Gallery»Giselle Potter – Circus 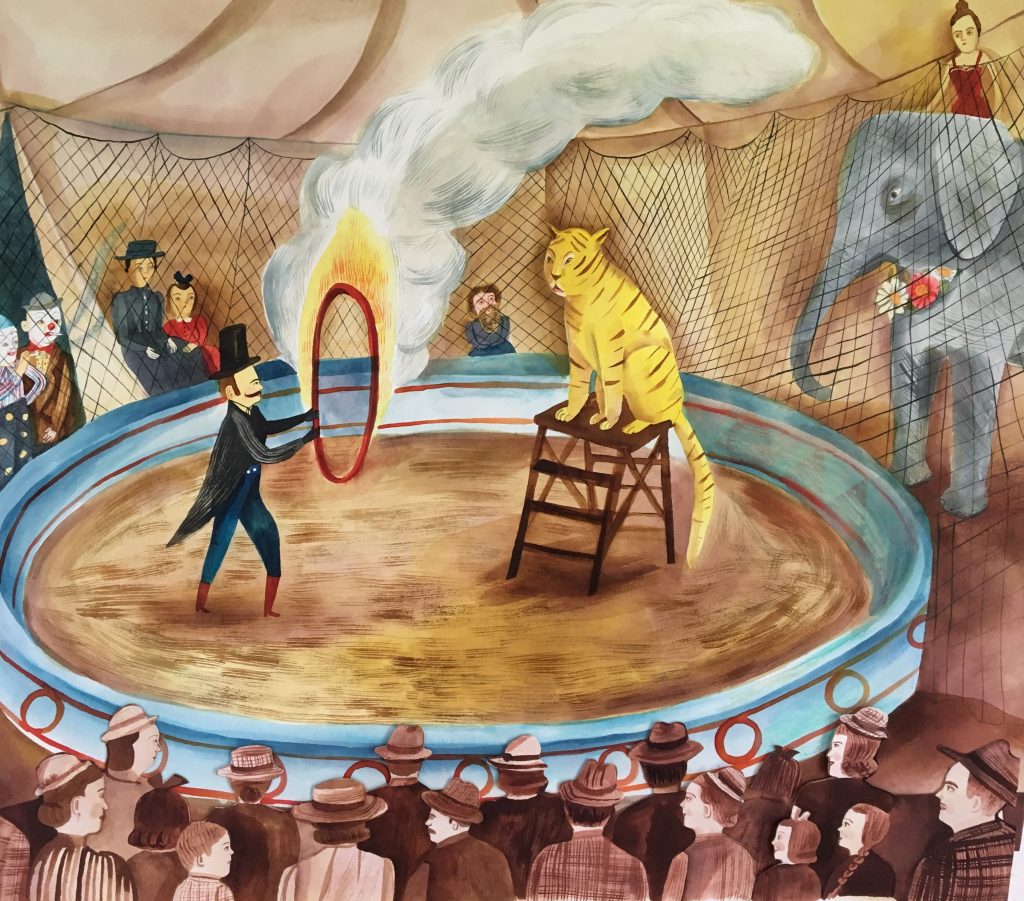 After the measles stopped scratching   my teacher Mrs. Schwartz takes me to the Barnum and Bailey’s Circus   She takes Me   none of the other girls This is my first circus   I am so tired because I couldn’t sleep   Mrs. Schwartz drives and sings Frére Jacques and then we both sing Frére Jacques   A woman drives next to us and smiles I move close to Mrs. Schwartz   I want the woman to think I am Mrs. Schwartz’s daughter

Giselle Potter’s parents started a puppet theatre company and her grandparents were artists, so, she says, “It’s no surprise that I became one too.” After graduating from the Rhode Island School of Design, Giselle became an illustrator. Her drawings have been included in The New York Times and The New Yorker. Her two recent books are Tell Me What to Dream About and This is My Dollhouse.