The Best Literary Writing About Mothers and Motherhood
You are at:Home»Reviews»Book Reviews»Girlish by Lara Lillibridge 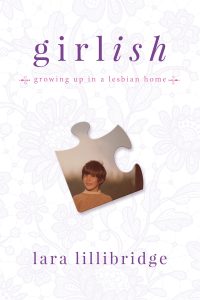 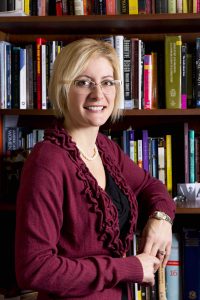 Lillibridge’s memoir, Girlish, is a conjuring of a childhood spent with two sets of parents in two very different locations. The narrative primarily unfolds in the third person with a second person and a first person accounting interspersed. Written in a mostly linear fashion, the book tells the story from the perspective of Girl. Her brother is referred to as Brother. The two children transition from the volatile relationship of Mother and Stepmother to long summer flights to Alaska to visit their father. The adults are inconsistent role models for the children. Girlish is a testimonial to the resilience of children.

For Girl, the family dramas hone both her wildness and her independence. Brother and Girl used sign language as a secret language in school, a detail that could have been further developed. Although Mother and Stepmother are not “out” in public, eventually Girl’s classmates find out that she lives in a lesbian household and she is bullied, eventually leading to her move to Alaska for high school. “Even a few people you thought were your friends write, “To Lara the Les” in your yearbook. (128)

Her father, unused to having responsibility for a child, leaves her mostly to her own devices. The painful memories of a mentally ill stepmother, a father without boundaries, and a mother who clearly chooses her wife over the children are rendered in moments that are cringe-worthy. “Father was a doctor; he saw naked bodies all the time. What right did she have to privacy, to not wanting her breasts and bush frankly stared at by her father every day?” (169)

Small redeeming moments like the friend, Liz, Girl made in Junior High School become significant. Liz loved horses and volunteered at a stable. When Girl gets a free horse from a waitress, they ride and groom horses together one summer. Although this friendship later becomes fraught with challenges, it is one that temporarily binds her to someone outside her family. Liz is eventually sent to a group home, and Girl is once again alone. Like many of the positive events in this memoir, the glow of human connection is brief and ultimately disappointing.

Girl felt the pressure of bills and impending snow and it was too heavy to bear alone. Mother and Stepmother had no suggestions. Responsibility pressed down on Girl and she just wanted to sleep all the time. Girl gave the horse back to the waitress. She didn’t tell anyone what it cost her–the black sadness that hung on her body like fog was invisible to everyone else. (127)

In the segments where Girl visits her father in Alaska, the descriptions of the modest cabin, the hue and mood of the landscape, and the emotional distance of Father are puzzle pieces that fail to complete her. Girl vacillates between her stepmother’s mental illness, her father’s serial marriages, and the moments of wildness where she has age inappropriate independence.

She didn’t understand Father’s guilt over leaving her alone, either. Wasn’t she alone every night anyway? How was this different besides not having to dress as fast as she could so her father wouldn’t walk in on her changing in the morning? (190)

Nonetheless, there is fierceness to Girl. On her way home from Alaska, she encounters a persistent Hare Krishna in her solo time at the airport. Later she is left in a remote cabin with her stepsister, Juli. They fend off the advances of drunken men and somehow avoid getting raped or killed. The many near misses in her youth make this book both a cautionary tale and a celebration of the triumph of children over adult negligence.

Girlish is less a memoir about growing up with lesbian parents than a story about the fragility and failings of familial relationships. Children, left to their own devices, may encounter danger even as they develop tenacity. In Girlish, it is a bit of both. Girl grows up bitter, fierce, and strong. Toward the end of the book, she forgives the shortcomings of adults who have consistently let her down. She also learns that she no longer needs to save them, or even spend holidays navigating the ups and downs she has finally moved beyond. Lara Lillibridge transitions from Girl to Mama, embracing her own children, her adult choices, and her life as a writer.

Lisa C. Taylor is the author of two short story collections, Growing a New Tail and Impossibly Small Spaces (due out in September 2018). She has also published four collections of poetry. Her fiction, poetry, and essays have appeared in many journals and online magazines such as Tahoma Literary Review, Birmingham Poetry Review, WomenArts Quarterly Journal, and Crannog. She teaches private writing workshops in New England and Ireland.