The Best Literary Writing About Mothers and Motherhood
You are at:Home»Reviews»Book Reviews»That Woman From Mississippi by Norma Watkins 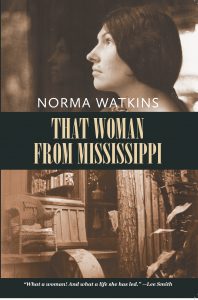 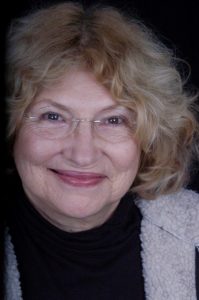 That Woman from Mississippi, sequel to the award-winning memoir The Last Resort, takes readers through one woman’s decade-long journey of self-discovery and personal growth.

It’s 1966 and Norma Watkins, Mississippi native and married mother of four, leaves her family to follow her lover to Miami.

The memoir takes us through the dissolution of her first marriage, her life in Miami as a struggling graduate student and teacher, and the ten years of marriage to her second husband.

The mark of good writing is ultimately, the reader’s response to the work. Norma Watkins, professor emerita at Miami Dade University and board member of the Mendecino Writers Conference, has written a vivid and absorbing page-turner. Though I found the narrator unsympathetic, I was mesmerized by her story. I followed her quest for self-actualization with the kind of avidity with which one might watch a runaway train.

Watkins’s constant-catastrophe-in-progress narrative is the main strength of the book. In 1966, she is a married southern lady, mother of four, and member of Jackson, Mississippi’s upper class. Rebelling against everything she’s been raised to believe, she runs off with a dashing civil rights lawyer, leaving her husband and children, outraging her parents and larger community. But this is not the story of a conquering heroine, roundly rejecting the patriarchy and racism with banners flying. She is a timid rebel, filled with uncertainty, who leaves her life under false pretenses and barely admits her reasons to herself. Part of what makes the story so compelling is the paradox of the deeply anxious, emotional voice of the narrator and the author’s fearlessness in showing readers her callow immaturity.

This is a difficult memoir. Our narrator makes cringeworthy choices throughout the book; however, her struggle to find herself is undeniably compelling. Watkins tells her story through the lens of feminism. She wants out of terrible marriage to the narrow-minded Fred Craig. She wants good sex. She wants to escape Jackson, and her whole life: “Life waited out there, life with its unknown freedoms, and Bruce Rogow was willing to take me” (9). She decides to do it in a sort of shut your eyes and jump moment. “I told Bruce yes, I would go. He said we would leave the next Friday. I drove home and made pork chops for supper” (9).

Watkins presents situations when she acts on her privilege in ways that contradict her stance as a civil rights ally. She says, “I was fleeing racism, sexism, violence, repression, and my family’s backwards politics” (20). Yet, there are some unexamined blind spots in the narrative. For example, when she decides to leave town, the four children are relegated to the convenient supervision of “nurse”—a euphemism for nanny—Marie, a black woman who had been Watkins’s own childhood nanny. Later, Watkins says she is happy to have a black boss at work because it’s “payback for ordering the help around back in Mississippi,” but when a wage conflict happens between them she immediately describes the situation as her weeping and helpless before male authority: “Daddy all over again, but black daddy this time” (140). Whereas many instances in the narrative—especially those in which the narrator is making choices about her love life or parenting—are intercut with the critical eye of the author’s retrospective commentary, the ideas she presents in these exchanges are passed by without comment or reflection. These are places in which the author could have dug more deeply to show a reexamined perspective.

On the whole, That Woman from Mississippi is a troubling but nevertheless highly engaging and enjoyable book. Watkins is a superior storyteller, deft at depicting family dynamics and relationships. What stays with me, however, is that though the narrator Norma often must learn things the hard way, she never stops trying to find her personal agency. This is perhaps the most beautiful thing about the memoir: Watkins’s palpable struggle to find herself, though the cost is steep.