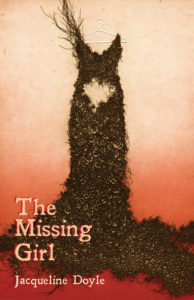 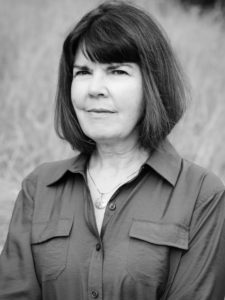 Jacqueline Doyle’s work has earned her a Notable Essay in Best American Essays 2017 and has won the 2017 Flash Prose/Poetry Contest at Midway Journal. Doyle has had work published in Hotel Amerika, Quarter After Eight, PANK, Monkey Bicycle, The Gettysburg Review, and many other magazines, journals, and anthologies. The Missing Girl won the Black River Chapbook Competition. Doyle is a professor of English at California State University, Easy Bay, and resides with her husband and son in the San Francisco Bay area.

The Missing Girl is comprised of eight separate stories, each only a few pages long. Told from the point of view of perpetrators, victims, and friends of victims, each chapter is a stand-alone story about a girl who was preyed upon by someone known, or unknown. A haunting collection, its prose is clear and direct, with exquisite tension.

Yes, you feel like you know this girl. Just the kind to go missing. Awkward and shy. Inexperienced and eager. Tender, playing brave. Dirt poor. You know. The kind of girl who’ll step right into your car if you call her pretty. (2)

Doyle’s flash fiction answers the question how much can you leave out and still have a viable story? Each story is stripped to its skeleton, but it’s not just a pile of bones; rather there’s gristle and bits of jagged flesh: “‘You aren’t going to tell your Mommy and Daddy anything,’ I say to her, and pull her back by her hair” (6).

Exceedingly timely in this #metoo revolution, The Missing Girl gives voice to eight women and girls who can’t—or can’t bring themselves to—tell their own stories.

My favorite chapter of the chapbook was “Something Like That,” what I think is perhaps the most complicated of the flash pieces. It begins, “I don’t know why I lied. Maybe it’s because someone finally believed me. So maybe it didn’t really happen in exactly that way with exactly those boys on exactly that night.” (9) In just one-and-a-half pages, Doyle manages to expose an array of convoluted feelings belonging to an often-victimized girl. From the beginning, she sets herself out as unreliable—but is she? Whom do we believe? When do we believe them? And is her line, “I don’t know why I lied,” a lie in itself, or has she been coerced to say so after the fact? The final paragraph states, “maybe I got confused, or maybe it all happened”(10), but it is never resolved, nor should it be. Each chapter is a snapshot into an intense moment, and confusion is a very real (and often under explored) stage in the process.

It is hard not to say too much about such a short book, but The Missing Girl truly puts the reader in the headspace of people on the razor’s edge of horror. It’s a great study on flash fiction as a form, as well as social commentary on women as prey in our society.

Lara Lillibridge recently won both Slippery Elm Literary Journal’s Prose Contest and The American Literary Review’s Contest in Nonfiction. Lara’s memoir will debut April 3, 2018 with Skyhorse Publishing. Some of her work can be found on her website: http://www.laralillibridge.com/.