The Best Literary Writing About Mothers and Motherhood
You are at:Home»Reviews»Book Reviews»Tongue Shakers, Margie Shaheed Ed. 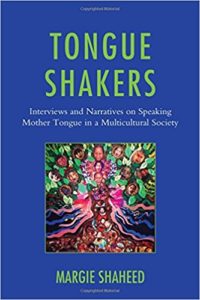 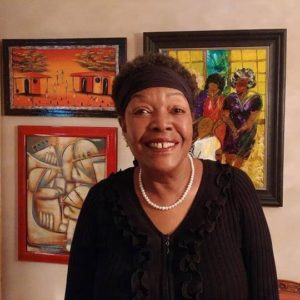 This collection of interviews explores the obstacles and triumphs faced by immigrants as they learn English and begin to blend their identity and their mother tongue with the culture and language of the United States, their adopted country. The timeliness of this collection is part of its appeal. Immigration has moved from a vital part of our modern society to a political talking point. Hearing the real voices of people who struggle to simultaneously blend in while holding onto tradition and language is both sobering and important. What obligation do recent immigrants have to learn English? How important is it for second and third generation immigrants to retain their Mother Tongue? “In Tongue Shakers, spoken language, a subject that binds us all, takes on different meanings as we strive to communicate organically with each other in a multicultural society” (14 “Introduction”). The author was inspired by Zora Neale Hurston (1901-1960), an African American novelist, dramatist, and cultural anthologist whose extensive research led to a published collection of African folktales, Mules and Men, published in 1935.

Tongue Shakers is divided into three sections. In the first section, Shaheed interviews people who are still steeped in their culture and country of origin. Kristina, who speaks Croatian, says, “It does not please my parents to know that I have friends who are not Croatian. My boyfriend is African-American. I hold him close to my heart as a highly guarded secret” (17). She faces the conflict of both preserving culture and language and blending into American society. In her case, she must keep her relationship a secret. Another person interviewed, from Senegal, says, “In our family we take our American born children to Africa once a year” (19). He goes on to describe how they are placed in the homes of relatives and fully participate in daily activities. In this way, they retain a strong connection to their culture of origin.

I was particularly captivated by the interview with Vilma who is from Columbia. Her lyrical description of dwelling between two worlds was beautiful: “These days I live on both sides of a red velvet curtain. During the day, when the curtain goes up, I am fluent in English” (48) She goes on to describe what it is like when the curtain goes down and she is home with her elderly parents who impose a strict “No English” rule at home, the TV consistently tuned to a Spanish channel.

The second section is called “Mother Tongue: American Style.” The stories here center around people born in the United States who retain some connection to the country of their parents or grandparents. Alice and Anthony were both born here but learned Spanish because “it’s always better to know two languages” (64). Israel P. who is a second generation American says, “If I have children in the future, I will have them formally educated in Spanish.” The people interviewed believe that language is a necessary connection to past generations.

The last section of the book, “Black English as Mother Tongue,” centers on a form of English that evolved in Black communities. It is freely used in blues and hip-hop music. An Afro-Latino woman named Mercy says, “Ideally we should see the English language as beyond the literal: as long as we are able to understand each other, the grammatical rules should be inconsequential when communicating” (69). As the daughter of a 92-year-old former English teacher who continues to correct me, I’m not sure what to make of fluid grammatical rules though I do concede that language among peers is a kind of code. “Code-switching” is a term mentioned in this section. It refers to switching back and forth between “the King’s English” and street English—for example using “dis” instead of “this.” Many of the words or expressions of Black English like my bad have found their way into our lexicon. Chandra says, “Black English is a language with soul, in the way we go about expressing ourselves” (75).

I love the premise that language evolves. As recent and long ago immigrants hold onto their mother tongues, they also incorporate some of their native words into our own language. We are a nation of immigrants. This book provides us with a glimpse into the richness of language and the ways in which it continues to impact our culture.

Lisa C. Taylor is the author of four collections of poetry and one collection of short fiction, Growing a New Tail. Another short story collection is due out in summer of 2018. Lisa holds an MFA in Creative Writing and teaches at Nichols College