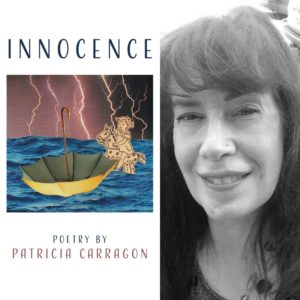 In the poem “The Palace,” a child who was never conceived is trapped in a palace destroyed “in seconds” (6)–a repetitive phrase used in the poem–but “still left standing” and she becomes the central metaphor of this collection. This child “caught in between the bricks” (6)is the same one “who drew flowers and animals everywhere” until in Kindergarten “her imagination learned to stay within the lines;” (3)and it is the same child, who “like a dandelion” is playing freely outside her mother’s door—slamming disapproval when the game ends with rain beating down on her.(3)

Used in the double sense, the verbs to give birth and to imagine become synonymous.

The recurrent art theme in many of these poems works along the same lines. The artist, for now, has vanished in “Picture of Life;” the colors fade; “brushes lie unwashed / too brittle for use.”(4)

Her pictures, like the child who wasn’t conceived, never broke out onto the canvas and are lost in “inertia.” There is no birth.

The girl is the dead flower, hiding “behind adult clothes” (6-7).We met her before in “Dandelion Child” in which her mother denied her existence. “They say the palace was never built… / and the child was never born / since there was no conception / or love to build a family / that would include him (6-7).

This is further emphasized in “Frozen kisses: “Warmth has no home in a house built from ice” (14).

Carragon writes where conception is not possible: “In the palace, there were no blueprints / or architects summoned / to conceive the idea to build it”(6-7).

The poet tries to envision what such a house would be like in “Coming Home” but its “absence was everywhere” (15). “She visualizes / what could have been / and wishes life were different” (17). But a house that was never structurally sound and is re built on disillusion, like the palace, will inevitably collapse. In “An Ordinary Girl” a girl is found dead on the bathroom floor. Fortunately, through art, she finds her salvation.

“Mr Lipson,” along with “The Palace,” two of this collection’s strongest poems, picks up the art theme again and bring the speaker full circle back to where she began. Now the speaker is stronger. Mr Lipson is “[a]cantankerous ‘old fart’ who viciously attacked two pieces of her art. “I became a stone thrower / paint tosser / slasher/arsonist…” She knew that she may never be a great artist, but also that she’d never become “a cantankerous ‘old bag’ who painted “happy trees”/ against mediocre landscapes” (26-28).

She wonders how he’d react to what she’s written. But the reader senses it wouldn’t matter. The conception has taken place: she’s given birth to herself. Her defiance rings out in “Unchaperoned:” to those who try to force her to become that child in “The Palace” caught in between the bricks, a child who hasn’t been born yet, the woman she’s become “whirl(s) past them all” (25).

The reader cannot help but cheer her on her way.

Linda Lerner’s collection, Yes, the Ducks Were Real, was published by NYQ Books (Feb. 2015) as was her previous full-length collection, Takes Guts and Years Sometimes. She’s been nominated three times for a Pushcart Prize. In 1995 she and Andrew Gettler began Poets on the Line, (http://www.echony.com/~poets) for which she received two grants. In Spring, 2015 she read six poems on WBAI for Arts Express; her next collection, A Dance Around the Cauldron, (for Fall 2017) a prose work with drawings by Donna Kerness, consists of nine characters during the Salem witch trials brought into our own times.