The Best Literary Writing About Mothers and Motherhood
You are at:Home»Reviews»Book Reviews»Seven Parts Woman by Marjorie Power 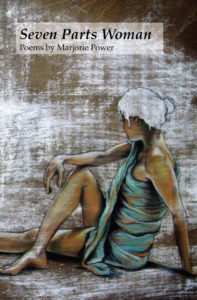 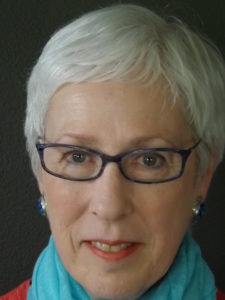 The women in Seven Parts Woman, Marjorie Power’s second full length poetry collection, are mature; they are crones; they are changed; they knit, wear shawls, and sit in rockers as expected. What is delightfully unexpected is how Power engages the reader as these women face illness and loss and forge ahead to find comfort and peace in “a blue day, acacia in bloom, a yellow blaze” (82).

The title poem, “Seven Parts Woman, One Part Art,” considers the relationship between the patient and her male surgeon. Composed in the third-person past tense, the form enacts the detached, unemotional, formal interaction as the surgeon who “had no feeling / for her” implants “a synthetic object.” The “One Part Art” refers to the artificial breast and “Her art, [which]in his presence, seemed / not to exist” (17). In a later poem, the “reconstructed breast” will be described as “an art purchase / that’s wearing well” (91). In “The Deaf Percussionist,” a woman “surrenders a breast to cancer…lets a doctor install an imitation” (33). The submission of the female patient to the male surgeon is revisited in “Why Am I Unable to Ask?” The patient gives the surgeon her “cancer poems,” but wonders how he plans to use them and worries that “I still don’t know / exactly what he did with my breast” (61). These poems warn us that it is not only the breast, but a woman’s autonomy, that is surrendered in illness.

The limitations of language is a source of frustration for the women in this collection. In “Except to Say…” a woman “at her age” recalls a foreign lover’s voice:

… a language she can’t understand.
What he has given her
she cannot describe, except to say
she knew bougainvillea blooms were magenta, (41)

On a practical level, there is a communication barrier; on another level, there are no words in any language to describe the romance, and so the vivid blooms are evoked to represent the couple’s passion.
In “The Turkish Bath” the murmurs / of an elderly couple / whose language I wish I knew” fill the speaker with regret:

I have grown much older
than I thought I would
without learning the magical tongue
I’m hearing now. (39)

The speaker’s relationship with language is multi-layered encompassing the simple wish that she had learned this foreign language, but also expressing envy for the conversation and the connection shared by the elderly couple.

An aging woman, counting down her nine cat lives, leaves her husband sleeping in bed to watch the sunrise in “The Rocker”:

Ice pack flexed beneath the collar
of her robe, she settles
into a rocker where
a lifetime ago
she nursed her child. (58)

The poem strikes a perfect balance between the specific and the universal. Read in connection with the mastectomy poems that appear throughout the book, and given the reference to nursing a child, the pain is likely related to breast surgery, but the reader is free to fill in the blanks and relate the scene to her own experience. Nature, in the early light “through rice paper blinds,” brings solace and the courage to face another day:

Raise this blind, and the wild plum’s
ferocious with blossoms.
That same stray cat.
Its nine lives. (58)

Power carefully chooses her words. It is no coincidence that “blind” lends itself to multiple meanings (a window shade, a hiding place, the loss of sight) and is used again in “Fear”:

To fear is to stand
at a bedroom window
early in the morning
and hesitate
to raise the blind. (94)

These poems raise the blind, don’t flinch from the pain, and are grateful for another day to “sit by the sea . . . as if the ocean floor /couldn’t possibly slip” (15-16).