The Best Literary Writing About Mothers and Motherhood
You are at:Home»Reviews»Book Reviews»Here Comes the Sun by Nicole Dennis-Benn 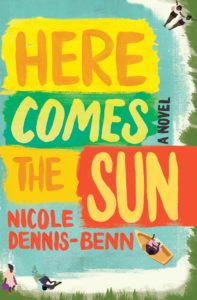 Jamaican culture is cast as a main character in Here Comes the Sun. Readers get to experience Jamaican culture through a socio-political and economic lens. Nicole Dennis- Benn has woven together a story that is complex and entertaining, one that exposes the socio-political, cultural and economic hardships and mechanics of a system rooted in colonialism and oppression; a story of Jamaican tourism vacationers do not get to see. The intersection of tourism and poverty. The exploitation of Jamaica’s impoverished. The feelings of disgust for tourists, kept buried in the bellies of Jamaica’s residents, invisible to tourists. It’s a story of corruption, gentrification and eviction of the poor from their homes by the wealthy, to erect playgrounds of pleasure for tourists. It’s the story of homophobia. Homophobia which continues to result in the assaults and deaths of members of Jamaica’s LGBTQ community.

It’s the story of a Jamaican family and their determination to escape poverty. A family united in sacrifice and hard work to achieve this goal. There’s Delores, the mother who works in the Jamaican straw market, selling trinkets and other inexpensive items. Delores is dark hued and large in stature. A woman who has been taunted all of her life. A woman sexually abused as a child. As an adult she makes a questionable choice, one which continues the generational cycle of sexual abuse. A choice she made involving her daughter Margot. One which haunts her memory, refusing to be buried. One she justifies was for survival.

Margot, employed at one of the islands prestigious hotels, is in a secret lesbian relationship with a woman named Verdene. Margot is attractive, articulate and has worked to perfect a certain level of culture. This causes a certain resentment by her community. Margot, sleeps with her employer Alphonso, with the hope of advancing her career.

Her real work is after hours when everyone has bid their goodbyes and piled up in the white Corrollas—robot taxis—at the massive gate of the resort, which will take them home to their shabby neighborhoods, away from the fantasy they help create about a country where they are as important as washed-up seaweed. (9)

Thandi, a teen and the youngest daughter, is a student, intelligent and articulate. Thandi is seen as her family‘s savior, their only hope for escaping poverty. Her education becomes her family’s purpose and lifeline. Thandi starts bleaching her skin, believing she will gain acceptance into a society her dark complexion denies her. These characters are connected by the human will to survive. Nicole Dennis-Benn’s characters are complex and humanly flawed.

“It’s you who’ll get us outta dis place,” they say to her…No one knows how crushing the weight of Thandi’s guilt is when they excuse her from cooking, cleaning, and even church because of the importance they place on her studies. (58)

While set in Jamaica, Here Comes the Sun, is not solely a Jamaican story. It’s as old as the exploiting of indigenous people, colonialism, the enslavement of Africans, and present day American society. The reality is, oppression and poverty are universal, no society is immune.
Memories of my experience visiting Jamaica, and those experienced in the states resurfaced while reading Here Comes the Sun.

Friends and I witnessed first hand exploitation of Jamaican residents, visiting Jamaica as a young woman. A Jamaican friend was innocently hauled off to jail by the police for walking and talking with a group I traveled with. We had become friends with this young man. We attempted to explain this to the officer to no avail. He was pushed and marched off to the police station. We followed. He was released after a number of hours. We ended up on television speaking out against oppression. Not surprisingly, we were told by the police we were not welcome in Jamaica. We were followed by the police for the duration of our stay, until we were seen boarding the plane for our trip home. This is a universal experience, as witnessed today with a stop and frisk culture and the oppression and brutality experienced by Blacks and people of color on America’s shores.

Like in America, many Jamaican women did not wear their hair in its natural state. The reason was because of economics. Braided hair could prevent them from being hired, when seeking employment. Yet, I witnessed non-blacks getting their hair braided and beaded, something they would not do back in the states. This was unsettling. The thought of not being free to embrace your culture, because it could mean your survival. The faces of mainstream business were light-complexioned Jamaicans. Jobs such as bank tellers, and office positions were held by Whites and those with light skin. Ceilings and isms were in place preventing advancement.

Here Comes the Sun while not a story that is new, is one that needed to be told, told from the mouth of one who was born and raised in Jamaica. A narrative written in the voices of Jamaicans, it’s home. Metaphorically its language is rich and colorful. It is for this reason it is largely embraced and resonates with its readers. Well done, author Nicole Dennis-Benn. 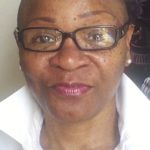 Lorraine Currelley is a poet, writer and Pearls of Wisdom Storyteller. She’e the founder of Poets Network & Exchange, Inc. Her poems and short stories are included in numerous publications, these include DoveTales, Mom Egg Review, Belladonna, Blind Beggar Press, Sling Magazine, VOX Gallery, Poets and Artists and Michael Broder’s HIV?AIDS Project. Her work has been highlighted in features for The Association of Writers and Writing Programs and by Poets & Writers Inc. She’s a board member at Pen, to Mind Books & Child Development Concepts, Inc. And Blind Beggar Press, a Bronx Book Fair organizer and Writing for Peace adviser. She’s the recipient of numerous awards and reads locally and nationally. She resides in New York City.