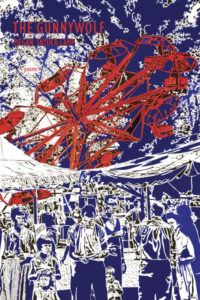 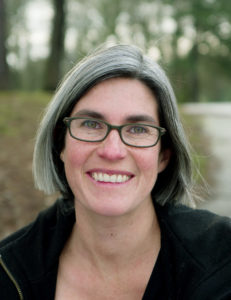 – Wintering and The Gunnywolf are preoccupied with race. Wintering follows Lewis and Clark’s expedition, using scraps of journal and letters to reconstruct the journey while physically following their footsteps with family in tow. The Gunnywolf reflects on racial events, organizing them around the building of a family and the Black American myth of the Gunnywolf. Megan Snyder-Camp’s second and third books, Wintering and The Gunnywolf are different from each other in tone and content, but similar in theme: these books feel out what it is to be white in America.

Wintering reflects on the erasure of Indigenous peoples and their languages, as scholars continue to gloss over the disappearance of Jefferson’s “Indian vocabularies” (68), several of which were collected on the Lewis and Clark expedition:

Lewis collected at
least twenty-three Indian vocabularies for Jefferson, who
spent thirty years sending men out to collect Indian words,
never finding what he wanted. The grammar too strange. (18)

Strongly rooted in the history surrounding the expedition, Wintering excerpts the journals of Meriwether Lewis, extant newspapers, and other historical documents. Poems and sections shade back and forth between past and present, Snyder-Camp’s attempt to recreate Lewis and Clark’s experience and their own recounting of the journey taken. While the lack of references to York (Clark’s slave who served the expedition and arguably enabled its success) felt like something of a missed opportunity, the reader is still given a wealth of details which bring the history alive.

Where the explorers waited in their boats for water,
paid reenactors now flatten marsh grass
…
Saw a Small Crab-apple with all the taste & flavor

The poems also remind the reader to be aware of what we now know that the explorers did not: “what looked like abundance was actually absence. / Decades before the explorers set out, the smallpox virus / swept ahead of them, back and forth across the land” (40). For the speaker of the poems, it is vital that history not be made so idyllic that it erases the harms that occurred.

The Gunnywolf largely takes place in the present. Many of the poems are rooted in sense of place and the collection juxtaposes city life and the sometimes brutal and often destructive practices against nature which help to sustain that life; it is more urban in the literal as well as racially coded sense. Race is ever-present here, and the speaker grapples with explaining race issues to her children:

This isn’t
my home anymore, so who am I
to speak of it. I tell my daughter
what was done to Freddie Gray
in the back of the van but not why. (14)

After the 2015 shooting in Charleston, SC, the speaker reflects that a young Black girl survived by playing dead among the bodies; “the same age as my daughter, who would not know / to play dead” (68).

Throughout the book, the Gunnywolf highlights for the speaker her own whiteness. This mythical creature becomes the vehicle for a frank discussion of race in modern-day America, and the white-centered worldview of the mainstream. In one poem, the Gunnywolf chaperones a field trip for school-children, and takes them to see Amistad. The speaker reflects that

Our textbooks had not prepared us
for the Middle Passage. I don’t think they had even
mentioned it. The blood and urine and dying.
One of the kids threw up. (20)

And she remembers thinking a Black girl was glaring at her on the bus ride home, because she could see the girl’s reflection, but realizes today that the girl probably wasn’t thinking of her at all in that moment.

Many of the poems are titled “The Gunnywolf,” each centering on the life of the Gunnywolf, or an interaction between him and the speaker of the poems. In one, she states plainly the aim of the book, which is “to use the Gunnywolf poems / to get closer to talking about race, / not this lyric whiteness but something elastic” (23). Another states, “The Gunnywolf has posted a sign / in all caps at the edge of his forest: / MY NARRATIVE IS NOT FOR YOU” (28). At times the extreme self-awareness of the poems re-centers whiteness in a racially troubling way, but the project overall is candid and compelling enough to overcome this tendency.

Together, Wintering and The Gunnywolf are reminders to America not to forget what came before, and the ways that past has built our present. These two works focus a lens on race, in ways that recognize the existence of whiteness, power, and privilege, and calls on others to recognize the parts they themselves may play in the story, whether uncovering untruths or struggling with truths. In stark style, these books turn history over for new examination.

Tessara Dudley is a poet and activist living in Portland, OR, where she crafts poetry and personal essay from the intersection of working class Black queer femme disabled life. In her free time, Tessara enjoys reading history, and knitting. Tessara can be found at http://tessaradudley.com