The Best Literary Writing About Mothers and Motherhood
You are at:Home»Reviews»Book Reviews»American Sentencing by Jen Karetnik 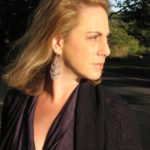 – How does one write the human form for all its imperfections and faults? Jen Karetnik’s poetry collection American Sentencing renders fully the struggle and highs of the physical body and mind and of other invisible challenges such as womanhood and its accompanying health issues.
An accomplished writer and critic based in Miami and winner of several poetry prizes including the 2015 Anna Davidson Rosenberg Poetry Prize, author of the cookbook Mango and two other poetry collections (Brie Season and The Treasures That Prevail), Karetnik has a poetic voice that commands respect and is easy to relate to. From the title poem, we’re told that “[b]etween you and me, there is no / doubt in your mind. I have been here before / … as if I am less than the sum of zero, / a body that registers nothing” (10)—the wording like a reverse of Whitman’s “I Sing the Body Electric.”
The collection is written in both blank and formal verse; thankfully, the sonnets, pantoums and ghazals never feel forced, singsong-y or unnatural. In “Routine for the Invisibly Ill,” the reader doesn’t immediately realize she’s reading two ghazals. How Karetnik is able to balance different writing styles from the prose-like paragraphs to white space and pruned sentences in such a short span of pages is truly refreshing and admirable.
The middle section titled “Villain Elles” is solely dedicated to villanelles. It’s not coincidence that the title contains the French plural word for women and perhaps even a play on the phrase “villain ills,” tying back into one of the book’s themes of both physical and mental heath problems. A poetic form that increases a feeling of fixation without change, it heightens the final stanza about diet changes in “About Intolerance”:

extract from me all the meat. But leave the bones.
They’re more resilient than you think—
absent of dairy, absent of gluten,
building me into another woman. (44)

Several poems focus on the narrator’s relationship with her own body and others. “Hip” is a darkly amusing dialogue between the speaker and her hip that speaks in short phrases like “2 be perf all the time /… Y dont u just replace me, k” (17). “Dear Stephanie” reveals the presence of a Jewish upbringing or culture; though not heavily touched upon in this collection, we’re made aware of the impact it has on the narrator’s view of the physical form, as seen in this line from “On the Way to Seder, My Husband Answers”: “we will dissect the Seder plate, / digest the bitter / herbs” (8).
The body in private and public moments is a major theme, including the focus of hands and feet in “Extremities of a South Florida Mango Picker: Unfinished Sketches” to the symptoms of sleep hyperhidrosis in “Night Sweats”. A personal favorite “Body My House” epitomizes Karetnik’s prowess of balancing line and word with image.
In other moments, some poems are less focused on achieving a reaction and more reflective of their literary influences, such as that of John Keats in “Dances with Pills”, the Roethke-inspired “Doxie POV” or “ICE Prose Cento,” a found poem taking its lines from Naomi Shihab Nye, May Swenson, Philip Levine, and others. Amusing and creative, but nonetheless still powerful when in conversation to the rest of the work.
The care of and attention to the female body never borders on sentimentality or over-praising; rather, we’re presented with just one woman’s experience, whether it’s childbirth, sexuality, or other women. The pantoum “Stillbirth” reflects on the loss of a child and makes us question “when did that all seep so quickly away?” (68), while “To Menses” explores our complicated relationship with “the eternal numbers game” (47).

American Sentencing is a testament that “[w]e’ve all been born, know the moves” of our bodies despite the infirmities, disabilities and inflictions (16). Though sometimes filled with grief and resignation, this collection transcends those sentiments and becomes a tribute to the persevering soul in all of us.

Hannah Cohen lives in Virginia and is a MFA candidate at Queens University of Charlotte, where she serves as an editorial assistant for the magazine Qu. She’s also Poetry Editor of Firefly Magazine. Her work can be read in december, The Tishman Review, weirderary, Sea Foam Mag, and elsewhere