The Best Literary Writing About Mothers and Motherhood
You are at:Home»Curated»Kristin Prevallet - Change»On Neptune Memorial Reef by Betsy Andrews 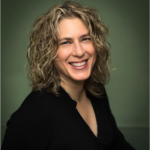 Don’t laugh at me, I told that guy, advance of the morning neoprene stuffing,
the South Beach merchandise vertigo—explosives and spear guns, holsters and knives—

eddying against the incoming tide. I mean: time, a long line fashioned with barbs,
the hardee-har-har of middle age hooking my teen self and yanking her gasping

up through the fathoms to lay like a fish in the palm of that guy, who laughed.
Could she imagine me, in that chlorine sea at the neighborhood Y where, wild creature,

she saved herself, finning off childhood’s dangerous shelf and into the deep
where the future rained down in promising heaps through the columns of water and sludge?

I don’t begrudge his laugh; spit in your mask is the insult that clears the fog. But I never kept a log. Cramming my pudge in my neoprene skin, I thought, Who did I think I’d become?

The thrum of the boat, the anchor chain, a rusty foot forward, then down the drain
three miles east of Key Biscayne, diving into an imitation of the wreck of an age-old aspiration

for a life as good as the gods’. Plato’s clods mimicked in their demise, Atlantis rising up from the muck. What the fuck? I think, 40 feet into the drink and frog-legging past a lion’s tight ass,

a mythical take on a guard at the gate of a dream lost at sea. This is where prospects have brought me,
to a flimflam reef off Miami Beach where the dead, each to each, sing from their concrete graves.

Oh, Betsy of 1979, this is the rhime of an aging mariner taking her lumps in a neoprene suit,
a rebuke of your youth and your chlorine-lane wishes for mermaids and sunken treasure.

To a dive shop clerk’s irksome pleasure, I grow old…I grow old...my Socratic selves quarrel
amid the fake Doric columns and their ersatz collapse. Perhaps what you wanted was time

out of time—at least, that’s a yearning of mine right now; a moment to see how the sea can hold us,
suspended, with nothing but breath. Let it rest. Leave the past in the rec center swimming pool,

learn something of the future from the dead, like my mother’s friend Morty from Palm Springs, cancer schooling from the grotto of nose to the hydrothermal vent in his lungs,

who wished his ashes mixed with concrete cement and hung from the manmade threshold
of paradise; engraving, epoxy, epitaph—So, what’s wrong with that?

Even through this tempered pane, I can see that all this kitsch,
it is teeming with fish. It is bedazzled by opulent coral.