The Best Literary Writing About Mothers and Motherhood
You are at:Home»Reviews»Book Reviews»New Girl by Andrea Potos 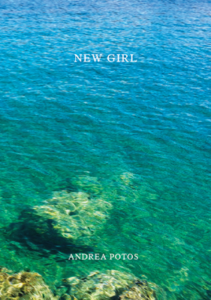 – The subject of motherhood can be tricky territory for women, in the literary as well as visual arts, where practitioners want their subject matter to transcend the personal realm and “precious” expectations that are sometimes aroused by cultural assumption. Over time we’ve seen this remarkable bond portrayed eloquently and skillfully in the paintings of Mary Cassatt, capturing the intimacy but also painterly brilliance of any great Impressionist, and in the poems of Sharon Olds and Fran Castan, whose work encompasses a complex dynamic of the self emerging and retreating in the lives of one’s children, and how we remain tangled emotionally as observers, victors, victims, and when lucky, protectors. Anne Sexton, in “Pain for a Daughter,” celebrates the rites of passage her young charge experiences, but when it comes time, in a moment of panic, physical pain, and grief, to call upon the ultimate force to save her, Sexton the mother-as-poet is astonished to learn that her daughter ‘s cry is for something beyond the human and familiar. It is a startling realization of one’s child’s realization of mortality, and the poem’s structure and carefully wrought phrasing bring a stinging sense of helplessness to the reader.
Just as these skillful artisans use images and events to incite the joys and cautionary tales of motherhood while summoning echoes of their own journeys and rites of passage, Andrea Potos presents a series of passionate juxtapositions that take us from the joy (and fears) of birth through a series of discoveries, departures, and emergence. In “When My Daughter Reads Aloud,” the transformation of child through language—and tumbling toward her place in the widening and wild world—opens a portal that will never shut:

I remember how she once
stumbled over cat,
go, the twisting
pathways
of fox in socks.

How did she
arrive here, this morning
before the second grade bell,
announcing clover, chlorophyll, flying
with the Magic School bus
into the heart of the chloroplast—
she is there
when the green world awakes.

The nostalgic detour Potos gives us, with moments of her own girlhood of becoming, retreating, and rallying, includes both the endearing and exasperating scenarios. In “First Fame:” she is performing on “the oil-spotted garage stage” and confesses “…I tap-danced/in my sequined leotards/and black patent leathers–//first mirrors—dark sheen/of that terrible wanting.” “The New Girl,” summons a menacing nemesis from English class whose bullying forces the poet to eat her lunch, perilously:

I’d seek the back stairwell
eat my cheese sandwich, my bag of chips
in a bathroom stall that barely contained me,
gag of Marlboro smoke in my throat
as the girls traded secrets aloud, the air,
clogged with their confidence.
I tried hard to be still, to silence
The wrapper’s deady crinkle
That would give it all away.

The sensuously unnerving rite of “First Kiss” plays innocent assumption (“…figuring a kiss was a simple/ matching of sorts, like one sock laid atop another/in a scented drawer,…”) against the invasive romantic gestures of the future (“… not this tongue—slick and more certain/ than I’d ever been of anything, darting its way through my mouth like a serpent…”). In the spirit of literary cynicism, “The Bra” (which begins: “To the prize-winning poet who says/she’s tired of poetry where women wax sentimental/ about birthing, mothering,/ worn subjects like menopause and menarche”) is humorous as it is celebratory, commemorating the purchase of the lingerie that would debut for the poet’s best friend with the theatrical drama and pride, “in between sheets drying on the line,” of unveiling a new uniform for maturity, “two cups to hold/my double A treasure.”
Whether revisiting the passages of her own childhood or observing the growth and self-declaration of her daughter, Andrea Potos’s poems glitter and reverberate with the wonder and rewards of motherhood in New Girl.